A chiefly group in Vanuatu is out on bail after being jailed three days ago for contempt for appearing in court dressed entirely in traditional wear.

The Daily Post reports that the group of nine from Pentecost had appeared in the Supreme Court expecting to enter pleas to numerous criminal charges including unlawful assembly, damage to property, theft and threats to kill.

The charges followed their arrest on Pentecost at the end of last year.

However Justice Richard Chetwynd refused to proceed with the plea hearing because of the way the defendants were dressed, saying it was a contempt of court. 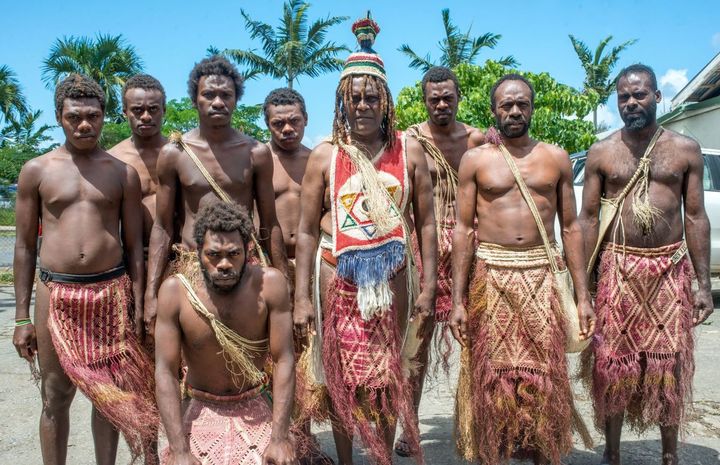 Justice Chetwynd gave the group 10 minutes to change into western clothes, saying it was rude to appear in the custom attire.

But Chief Viraleo Boborenvanua, who has appeared all over the world dressed in custom attire, said dressing up in traditional clothing was more respectable than in western clothes.

Justice Chetwynd advised the group that this was not a nakamal or custom court house, declaring that their appearance in custom attire was in contempt of court.

Yesterday he granted bail for the defendants, who were still dressed in traditional garb, adjourning the plea to Tuesday next week. 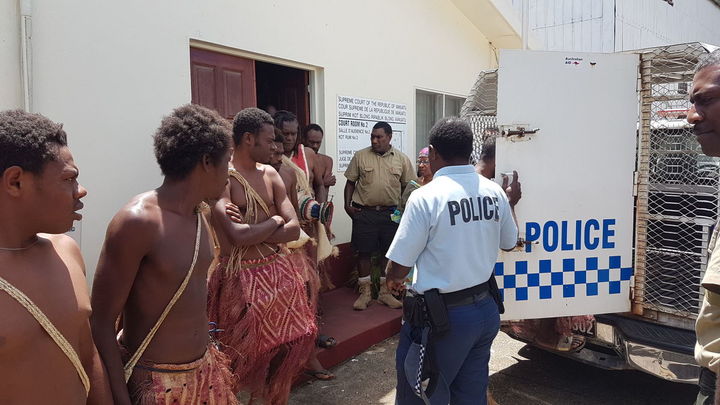 The public relations officer for the chiefs' custom organisation on Pentecost, Hilda Lini, said the chiefs were expected to appear again dressed in modern clothes.

It was not clear if they were going to wear western clothes.

According to Ms Lini, the men were proud of their customs and culture.