The Marshall Islands atoll Majuro was hit by waves this week which damaged seawalls and buildings close to the lagoon shore.

There were no reports of injuries, but a peak high tide for the month was driven over the low-lying atoll islands by gusting winds of a storm that developed earlier in the day.

Ejit Island resident Alson Kelen said it was really rough and points out that the tides don't normally happen this time of year.

Our correspondent said over the weekened weather officials predicted the likelihood of "some inundation" around times of high tides. 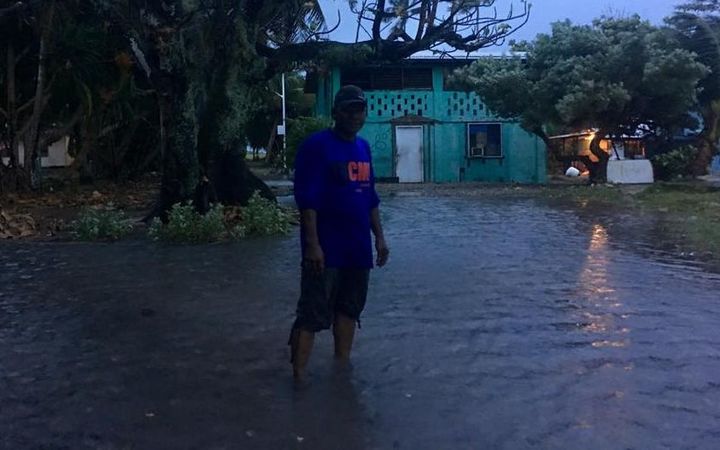 An Ejit Islander stands in ocean water in the middle of Ejit, located in Majuro Atoll Photo: Alson Kelen

But Tuesday's sudden storm multiplied the threat, causing waves kicked up inside the normally placid lagoon to roll over 100 meters into Ejit's interior.

Mr Kelen said last year they had 'westerly' storms that caused damage to shoreline residences but now the weather is becoming unpredictable.

Historially January and late February are the peak king tide periods in the Marshall Islands.

Since 2013, more frequent inundations have occurred and during months other than the beginning of the year.

Since Sunday, other parts of Majuro Atoll have experienced moderate ocean flooding that dumped garbage and rocks onto main roads, slowing or temporarily halting vehicular traffic.

Some local residents reported damage to property during high tides the past several days.

Mr Kelen said Ejit Island's dock was mostly underwater on Tuesday and many seawalls around the island were damaged. 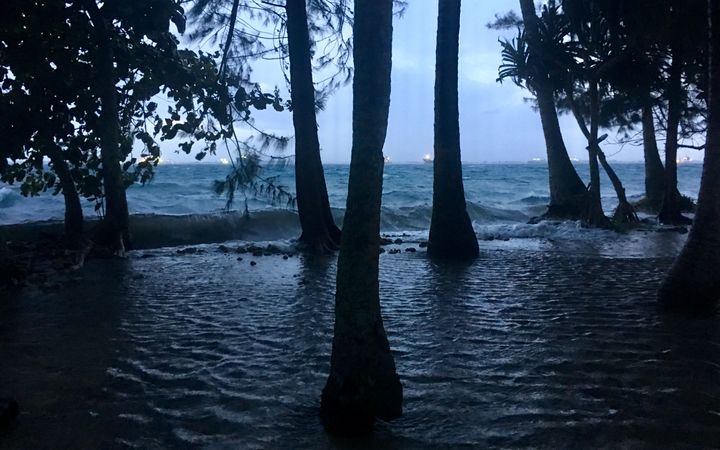