A former Fiji MP says his prime minister's visits this week to Australia and New Zealand is mainly to shore up support for his party at the next election. 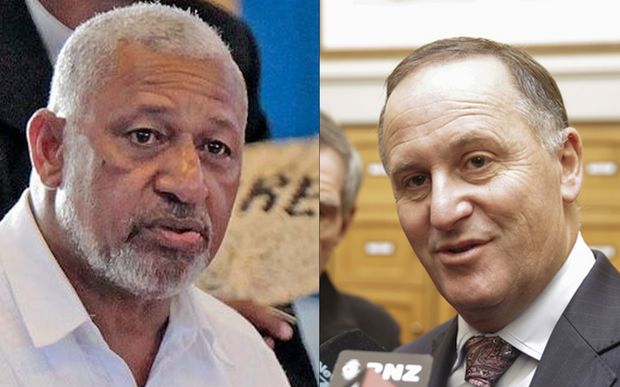 Frank Bainimarama is in Australia, where he made announcements regarding Fiji and Australian rugby deals, and is due later in the week to attend the Bledisloe Cup match in Auckland on Saturday night.

He will have an official welcome at Government House, bilateral talks and a wreath-laying ceremony at the Auckland War Memorial Museum.

He will also meet with Fijian groups in Auckland, as he did in Australia, and Tupeni Baba says he hopes John Key realises what the motivation is.

"And he will carry the same message which is to urge the citizens of Fiji living there, to support the Fiji constitution and FijiFirst in particular. Whatever other things that might be done, I'm sure the Prime Minister of New Zealand knows that this is a pre-election visit, talking about rugby and nothing more."