The South Americans scored two first half tries in Montevideo and led 17-0 at the break.

Fiji's discipline proved costly, with Mesake Doge and Ifereimi Tovilevu sent to the sin bin during the opening 40 minutes.

But the Warriors mounted a stirring second-half comeback, with Lepani Raiyala bagging a hat-trick and Sitiventi Kunaga also dotting down in a four-try burst in the space of 20 minutes, as the Fijians took the lead 26-20 with 11 minutes remaining. 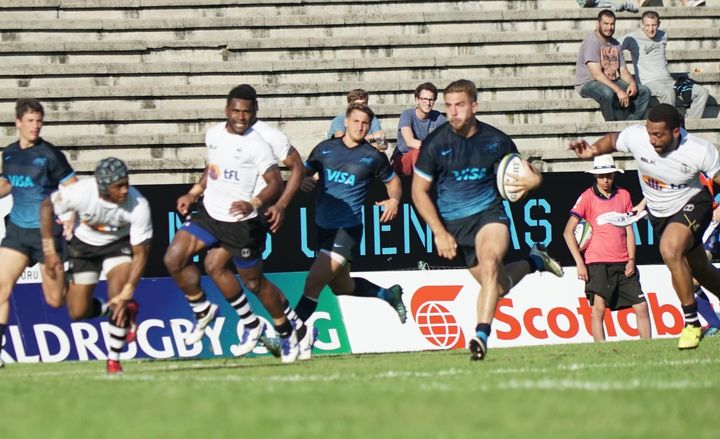 However Argentina responded with a try of their own and slotted the decisive conversion to lift the trophy.

Earlier, Samoa A scored four tries to three to defeat Canada A 27-22 and finish the tournament with two wins from three matches.

The Samoans finished second in Group A, behind the eventual champions, while Fiji Warriors topped Group B.

Hosts Uruguay A thrashed the USA Selects 47-15 in this morning's other final round match. 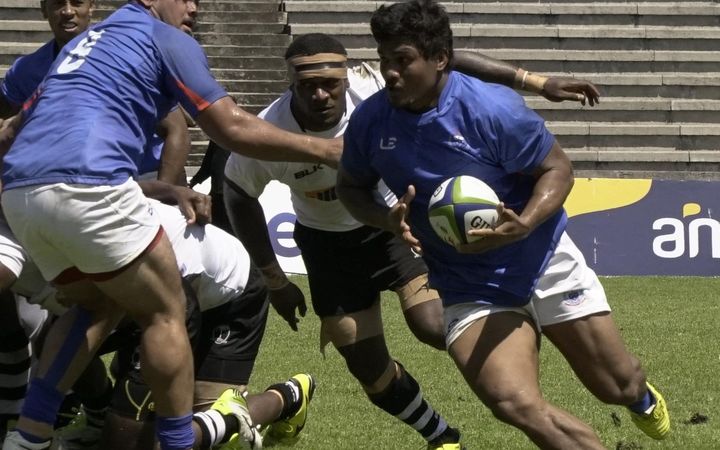 Samoa A won two of their three matches in Uruguay. Photo: Uruguay RU