A fisheries workshop has been told that the Marshall Islands capital of Majuro is the world's busiest tuna transhipment port. 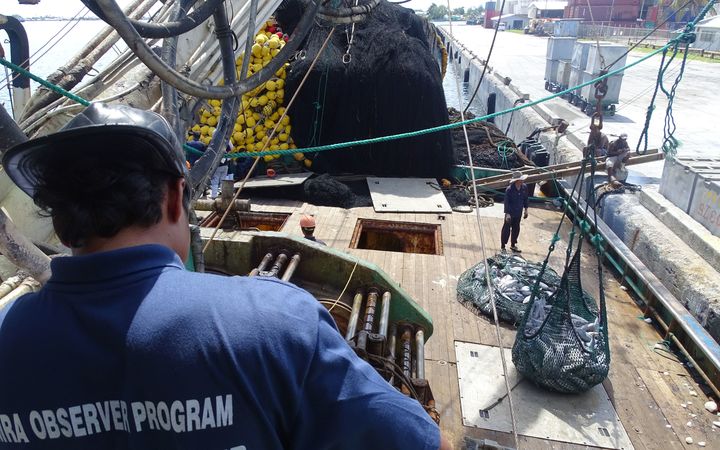 Parties to the Nauru Agreement Commercial Manager Maurice Brownjohn said as much as 600,000 tonnes of tuna is now being off-loaded from purse seine fishing boats to carrier vessels a year.

About 1.7 million tonnes of skipjack tuna is caught in PNA waters annually, accounting for 50 percent of the world's supply of this type of tuna that is used mainly for canning.

Majuro has seen exponential growth of the transhipment industry, with 10 to 15 carrier vessels in the lagoon throughout the year waiting for purse seiners to off-load their catches.

The fisheries department's 2015 report said the number of tuna transhipments increased by over 40 percent from 2014 to 2015.

Mr Brownjohn said volume continues to increase and now accounts for nearly one-third of all skipjack caught in PNA waters.