The Fiji Warriors have beaten Samoa A 39-26 in Montevideo to maintain their unbeaten start to the World Rugby Americas Pacific Challenge.

Patrick Faapale opened the scoring for Samoa with a penalty in the second minute before Fiji took charge with three first half tries, despite Mesulame Kunalolo and Joeli Veitayaki being sent to the sin-bin.

Malcolm Muliaga Tanielu crossed for Samoa A's first try on the stroke of half-time to cut the deficit to 22-16. 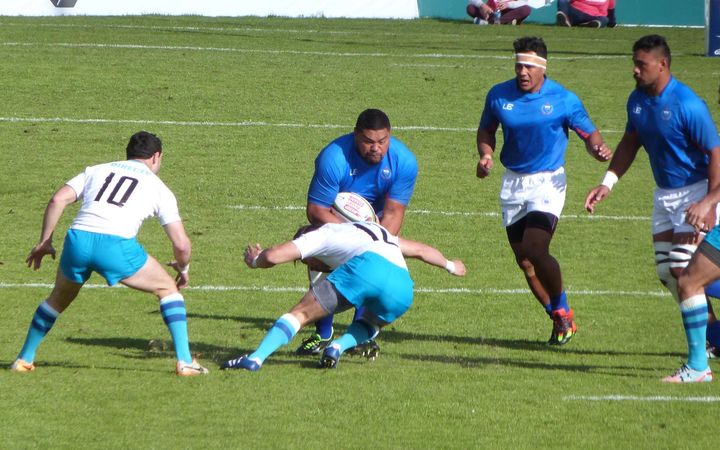 Samoa A have mixed one win and one loss. Photo: Uruguay RU

Samoa Rugby's Director of Coaching, Namulauulu Alama Ieremia, felt they were still in the contest at the break.

"We just had to sort out our defence a little bit and stick to systems," he said.

"Too many times in the second half we went individual and it's from those individuals and turned the ball and once you've turned the ball over, if you don't react good enough, Fiji is a very good counter-attacking team and they managed to score their tries through that."

Another yellow card to Eroni Vasiteri Narumasa reduced the Fijians to 13 men just minutes into the second half as Samoa cut the deficit to three points. 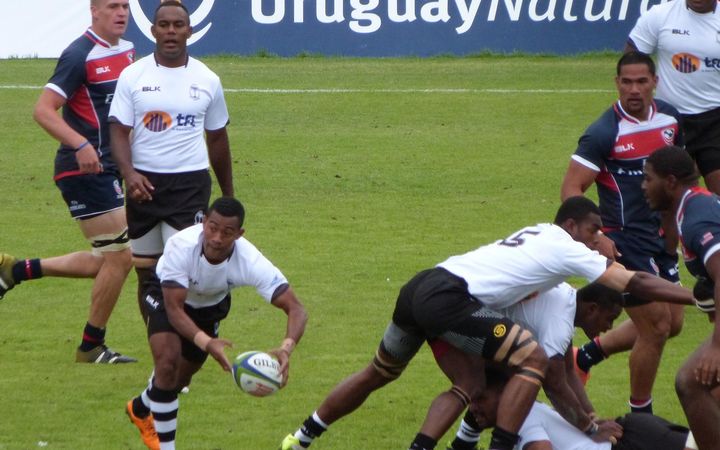 "We made far too many errors at critical times, turned the ball over and if you do that against Fiji and you haven't got your defence systems sorted they will punish you and that's exactly what happened," he said.

"I think there was a period there where we had dominancy, we managed to get some good go-forward ball, but unfortunately if you make too many errors they all added up so it was disappointing that we lost that game because I felt like we could have won it as well.

"Pressure does different things to different people and clearly some players decided that sometimes when the heat goes on they can't actually think properly and we certainly had that case in two clear instances where we very easily turned over and took the wrong options so that's a natural learning curve for this group."

The Argentina XV thrashed Uruguay A 71-7 and lead Pool A with a maximum 10 points, while Fiji Warriors top Pool B.

USA Select XV defeated Canada A 47-37 in the battle of North America and are second in Pool A on five points, ahead of Samoa A on points differential. 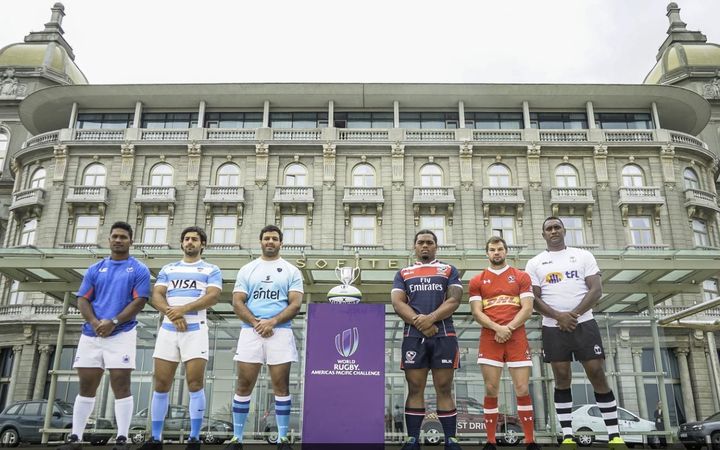