Backers of the Marshall Islands' landmark anti nuclear lawsuit say their case in the International Court of Justice (ICJ) is over with no prospect of an appeal. 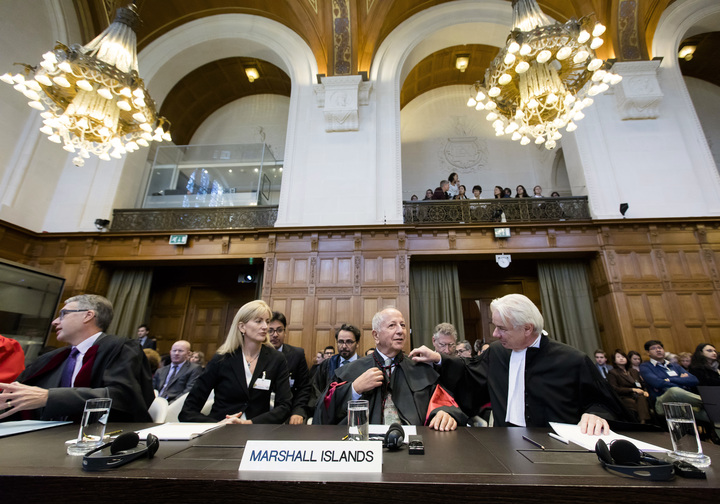 The UN's highest court, the International Court of Justice, narrowly threw out landmark cases brought by the Marshall Islands against India, Pakistan and Britain for allegedly failing to halt the nuclear arms race. Photo: AFP/Bart Maat

The Court at The Hague last week dismissed actions against India, Pakistan and the United Kingdom who were accused of not meeting their commitments over nuclear disarmament.

The cases were brought two and half years ago by the Marshall Islands with the help of the Nuclear Age Peace Foundation and the ICJ decided it had no jurisdiction to hear the cases.

The Foundation's Rick Wayman said they're looking to the US court now for a decision still due in the case against the United States.

"The case in the US court relies a lot on the US Constitution and that was obviously not an element in the ICJ cases. The issues are different and broader in the US case."

Mr Wayman said despite the ICJ's disappointing decisions, the Marshall Islands' action has been inspiring for all those working towards nuclear disarmament.