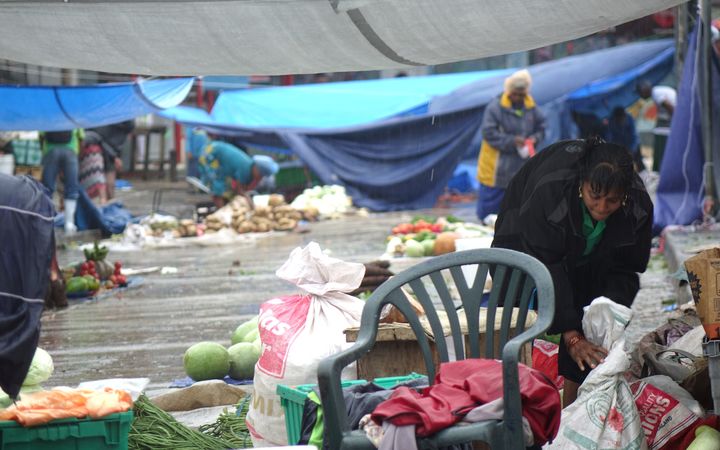 The heavy rain has played havoc at markets in the western Fiji town of Nadi. Photo: RNZI / Johnny Blades

The Fiji Meteorological Service has cancelled yesterday's flood warning but has maintained a heavy rain warning in some areas.

Heavy rain over the past couple of days has caused widespread concern in a country where many people are still living in tents after Cyclone Winston in February.

The service's director Ravind Kumar said a strong wind warning was also still in place on land and at sea, with gusts of up to 30 knots recorded.

"For the mariners and those who are commuting through the road during the wet conditions, for them to take extreme care and for mariners to plan their journey pretty well especially when there is a strong wind warning for the waters of Fiji," said Mr Kumar, who said the heavy rain should ease to showers overnight.

He said fluctuating wet and dry spells were normal for October, but he said the heavy rain was due to the intense El Niño weather pattern, which was breaking down.