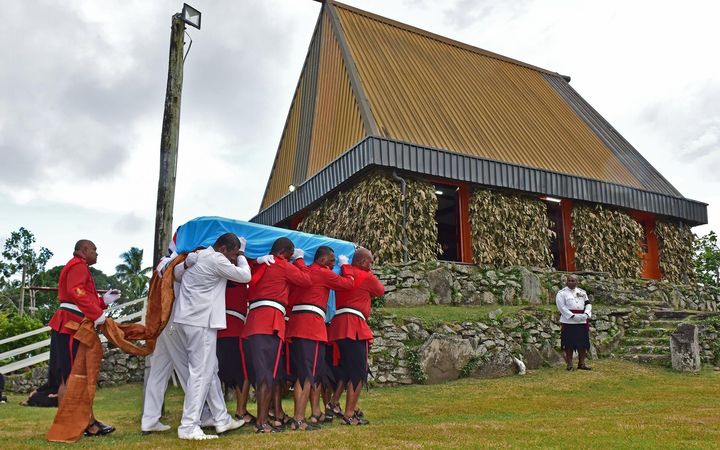 Soldiers carry the casket of Fiji's former vice president, Ratu Joni Madraiwiwi, to a church on the chiefly island of Bau on Thursday. He was buried on Friday. Photo: Fiji Government

Fiji's former vice president, the Roko Tui Ratu Joni Madraiwiwi, has been buried on his home island of Bau.

Ratu Joni, a legal expert who has held highly respected positions in many of the region's countries, died in Suva last week.

As many as 3,000 people gathered at the chiefly burial site on the island, where he was interred in the same chamber as his late father.

The FBC reports that a one-hundred gun salute was accorded to the former vice-president.

Among foreign dignitaries at the funeral were the King of Tonga and the president of Nauru where Ratu Joni was the Chief Justice.

Ratu Joni was a High Court judge and Fiji's Vice President for two years until 2006 when he was removed from office by Frank Bainimarama who made himself head of state for a month. 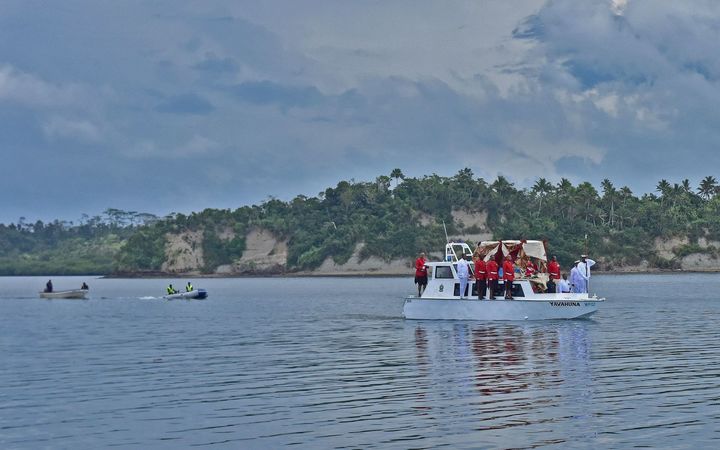 The body of the former vice president of Fiji, Ratu Joni Madraiwiwi, arrives on the chiefly island of Bau on Thursday, flanked by military guards. Photo: Fiji Government