The Bank of Hawaii is yet to say when it will leave American Samoa.

During this week's opening of the Territorial Bank of American Samoa, the Governor Lolo Moliga announced that the Bank of Hawaii had given notice that it would terminate its services in American Samoa in 90 days.

However, the Bank's district manager EJ Ozu said it was working with the Governor to ensure a smooth transition to the new government-owned bank.

Mr Ozu said his bank was obligated to give a minimum of 90 days' notice prior to closure.

The Bank of Hawaii first announced in late 2012 that it would be leaving the territory and planned to be out the following year.

But Governor Lolo requested that it bank remain until the territory could set up a new bank. 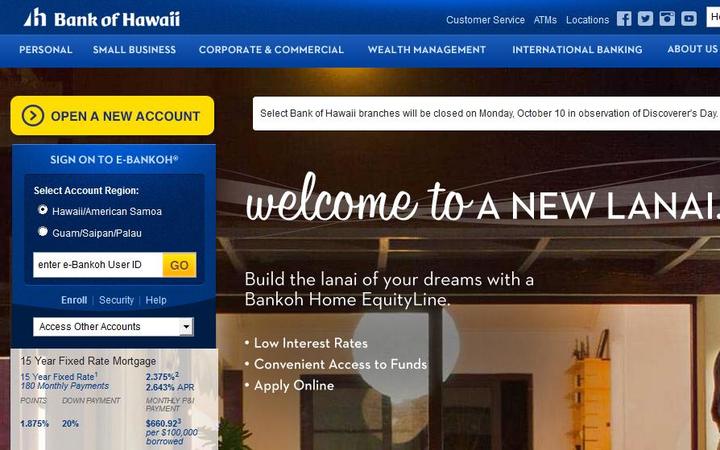