Pilot projects to improve access to justice for police suspects will start in Fiji in November.

It comes as Fiji seeks to persuade the international community it is clamping down on police brutality following a series of cases.

The initiatives include the video recording of statements to police and providing every suspect with legal counsel within one hour of arrest, known as the First Hour Procedure.

The government said they were aimed at greater transparency and professionalism in obtaining police statements.

In recent weeks a team of Fiji police have attended training in Britain on the video recording of statements.

Fiji discussed its efforts to improve police procedures at the United Nations in Geneva last month, two years after pledging to address concerns at the UN Periodic Review of its human rights record.

Last month it co-hosted a side event at the Human Rights Council with the Association for the Prevention of Torture. 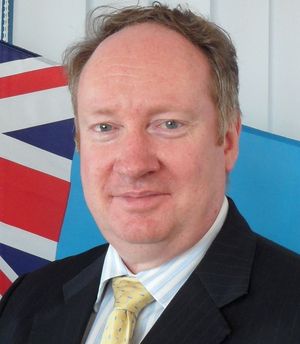 Director of Public Prosecutions Christopher Pryde told the meeting Fiji had already begun the process of changing police culture but he said there was a long way to go.

"We experience difficulties on a daily basis in the criminal justice system that come from arrests that are made improperly, detentions that are unjustified, or caution interviews that are conducted without due process and are oppressive," he said.

"Another difficulty is the caution given to arrested persons in police custody. Although advised that they do not have to say anything and, under Fiji's law no adverse inference may be drawn by the court, suspects frequently waive their right to silence."

Mr Pryde said Fiji's progress had not always been consistent and sometimes took a step back like many jurisdictions trying to implement profound change.

In a veiled criticism of countries and human rights organisations, which have kept the spotlight on security force brutality in Fiji, he said Fiji needed to be seen in its own context as a small island developing country.

"We are interested in working with countries and organisations that look to the long term with Fiji and not jump ship whenever a setback occurs which, alas, has occurred in the past," he said.

"We need the support of the international community in order to build on the progress already made and to entrench a new police culture that balances respect for individual human rights with the legitimate concerns of victims of crime and the general public," said Mr Pryde.