This week many across New Zealand have joined the Tuvalu community in celebrating Tuvalu language week. 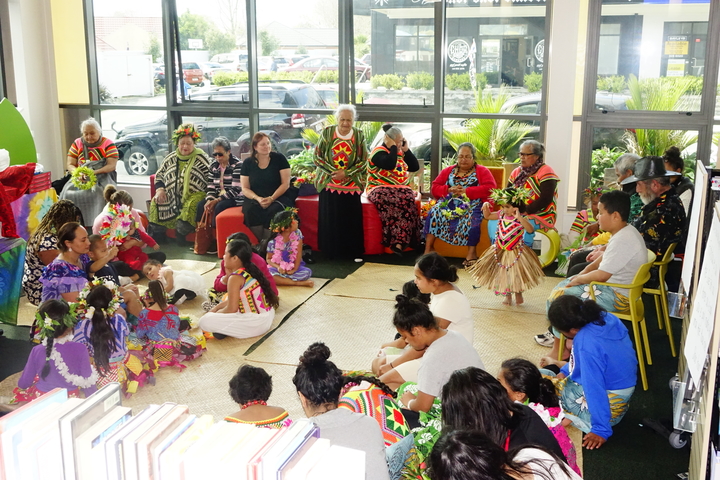 But the celebrations have reflected an urgency among Tuvaluans who are trying to keep their culture alive and strong, while their small island nation is sinking.

The Pacific island nation sits only six feet above sea level and is predicted to be one of the first countries to disappear due to rising sea levels.

Tuvalu is the fourth smallest country in the world with a population of around 11,000 people.

There are growing fears that it will be uninhabitable within a few decades so this week's theme 'Ulu kite fatu e malu ei koe' specifically focuses on the threats of climate change and rising sea levels.

It translates to 'Shelter in the rock for your safety'. 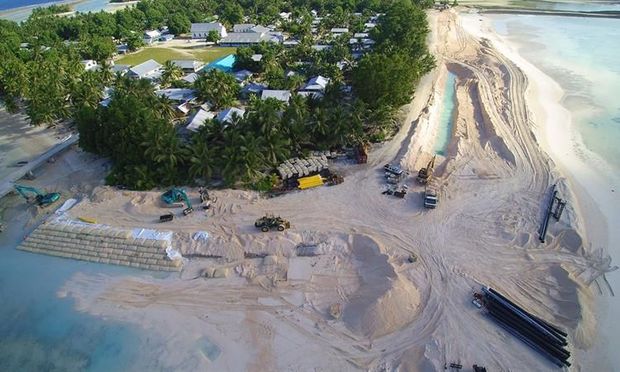 A 500-metre-long seawall is being built on the Tuvalu atoll of Nukufetau to better equip the nation to handle severe weather events. Photo: Hall Pacific

New Zealand is home to around 3,500 Tuvaluans who are among the country's newest migrant communities.

Tuvalu community leader Marama T-Pole witnessed most of the families moving here over the last 15 to 20 years. 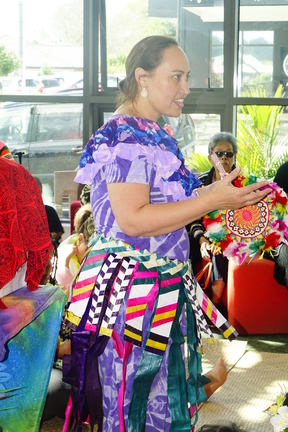 "About 19 years ago when I first moved to Auckland, we would all come together whenever a new family would arrive from Tuvalu," she said

"We'd meet in the hall in Grey Lynn at the Tuvalu Tokelau church there and we'd welcome each family that would just arrive to New Zealand with a massive feast. It was so special and since then the community has just absolutely blossomed."

Ms T-Pole said the Tuvaluan community are mainly low-income earners so once they moved to New Zealand, most of them never returned home.

"Unlike other Pacific countries that are connected closely with New Zealand like Samoa and Tonga, it's really easy to go back home, you know. What is it - $250 to go to Samoa or Tonga?"

"If you want to go to Tuvalu, a return trip is over $2,500. How can you take your whole family back home? So it's up to us to keep our own language alive."

Sixty-three-year-old Tapania Taiki agrees and said the threat of losing their country to rising sea levels have pushed elders like herself to pass on as much as they can about their culture. 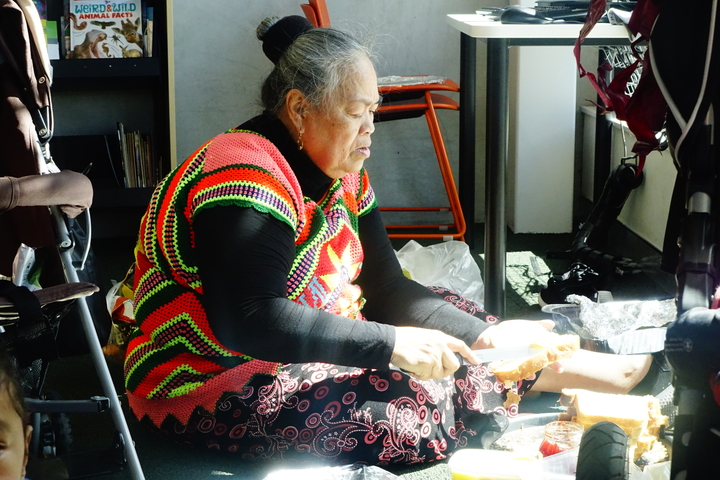 "It's sad. We love our country and we don't want our country to disappear under the water. It's really scary, we're going to lose everything," she explained

"That's why it's so important for us to keep up with our culture and our language because that's the only way that we can show the world that we are still here."

On Thursday, members of the community gathered at Ranui library to celebrate Tuvalu language and culture. 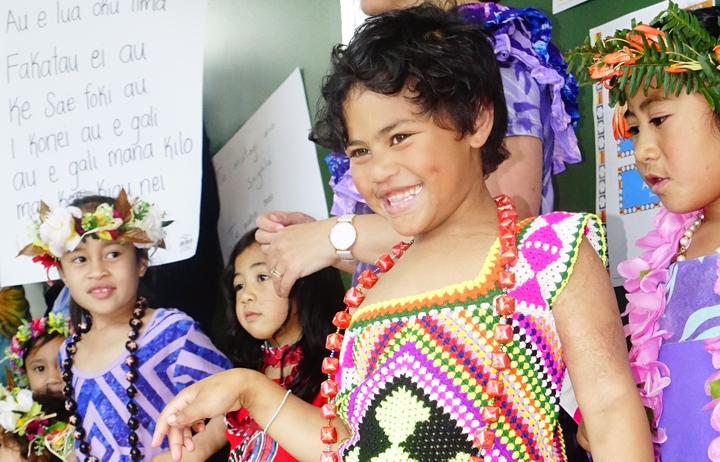 Language weeks are one way for Tuvalu people to keep their culture and language alive for the next generation. Photo: RNZ/Indira Stewart

Ten-year-old Fiafia Te Papau Oatua shared what he loved most about being Tuvaluan, was the dancing.

"Doing fatele, when the girls stand up and do like, moves and the boys bang and sing and that..."

"And we lead it! We have to lead it!" chimed in Fiafia

Fiafia is among many Tuvaluan children born in New Zealand who may not ever get the chance to see the island nation. 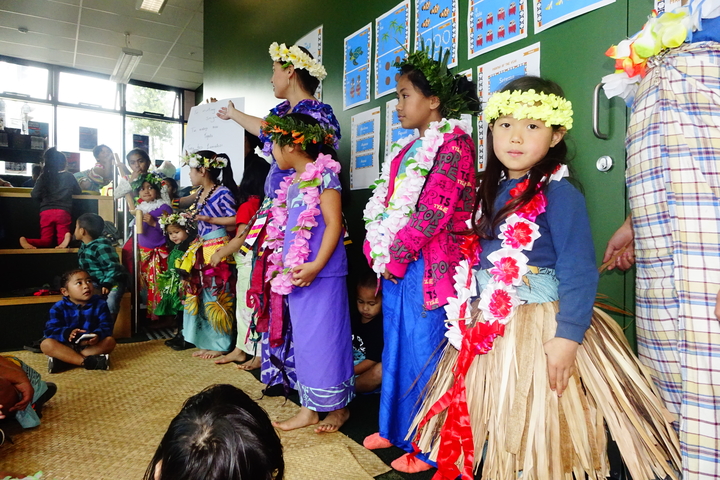 He is learning about Tuvalu through elders in his community.

"It's like, hot. And when it's winter it's still the same. It's like, still hot." he claimed

"I haven't been there yet but it's cool." 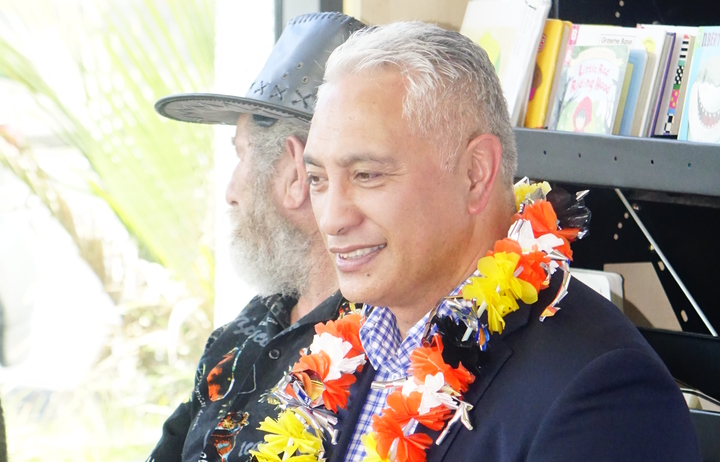 Cook Islander Alfred Ngaro who is the National MP for Te Atatu, said like other Pacific communities here, Tuvaluans face the challenge of teaching their children how to embrace a new identity as both Tuvaluans and New Zealanders.

"I mean in my day as a first generation [migrant] my parents were told it's either-or. You either speak English or speak Cook Island."

"But they would say to my parents, if you want to succeed, speak English," he said

"I was fortunate I had a grandmother who taught me the language and the culture. So to me, I think days like today and this week, celebrating language is critically important for our communities."

Celebrations throughout New Zealand for Tuvalu language week will end this weekend.