It took over two years to track her down.

When she finally replied to my email, Raroteone Tefuarani was more than happy to take a call and chat about her home in the Takuu atoll group, also known as Mortlock Islands.

I assumed it had taken this long because of Takuu's remoteness - the atoll chain is 240 kilometres north-east of Bougainville Island, a far flung outlier within Papua New Guinea.

In fact, Ms Tefuarani was now based in PNG's capital Port Moresby. Like most natives of Takuu - or Mortlock Islanders as they are called - she had left to live somewhere else.

"There are no young people on the island now," she told me. "Only the old people are back home."

Two main reasons are put forward for this: firstly, the need to leave the island in search of opportunity and basic services like education and health; and secondly, the impacts of climate change. 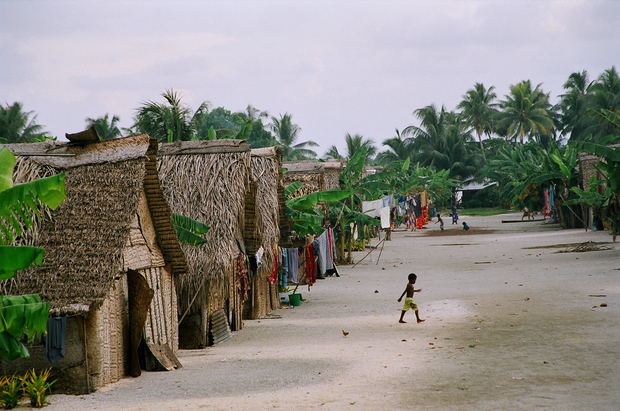 What drew my attention to Takuu and Ms Tefuarani was an online article she had written about her beautiful home island.

In this 2012 piece, she established that Takuu was being steadily impacted by rising sea levels and declining food crops, and how local people were increasingly grappling with the idea of resettlement.

She worried about where this would leave the traditions of this Polynesian outlier that had been observed faithfully by the native Takuu community for many years.

We don't take anything from the island, not even shells, nothing. Raroteone Tefuarani

Their carving, tapa, mask-making, tattooing, weaving, worship of ancestors and intensive dancing were guided by a firmly non-Christian set of values, incorporating strict lines on females and males communicating with each other. But the culture that resisted the missionaries is now on its last legs.

"It's the old people that are keeping everything safe for us, like our traditions and whatever at home that we have," Ms Tefuarani said. "They're the ones who are looking after everything."

In fact, the unique relationship between Takuu people and their land, and the existential threat facing this community, had already been captured for the big screen in the 2010 documentary film 'There Once Was An Island'.

Notwithstanding local tectonic movements, it seems inevitable that Takuu would be overwhelmed by the rising tides which have caused the displacement of the people of the Carteret Islands, some 150 kilometres to the west.

The Carteret Islanders were being called the world's first climate change refugees seven years ago. We now know they are far from the only ones being displaced. 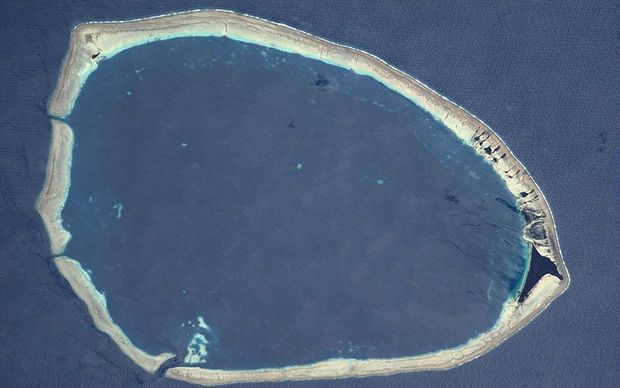 If you swoop in on the north-western side of the atoll from satellite imagery, you see a quite perfect, small island of white sand ringing a strip of palm trees.

"In English we would say it's our sacred island," Ms Tefuarani explained.

This island is on the opposite edge of the atoll to the main village, the remotest of the remote.

Young people were leaving because we don't have a high school on the island. Raroteone Tefuarani

"Because it's untouched, the birds lay their eggs on the sand, and it's just really beautiful. It's still there now, even through the climate change and everything, the rising tides, it's still there."

Until they leave, people who grow up on Takuu have never seen a car or a mountain, let alone a virtual reality headset. Contact with the outside world comes partly through the intermittent shipping service (maybe two of three times a year) and via telephone.

However the little contact with the outside world, a need for expansion and education, is still enough to lure young people away. From some six hundred residents ten years ago, it's said there's little more than 100 left on Takuu now.

"Young people were leaving because we don't have a high school on the island, so people used to leave to go to Bougainville to go to high school and then from there people would just get jobs or do whatever. But nowadays, because of climate change, people have started resettling in Bougainville." 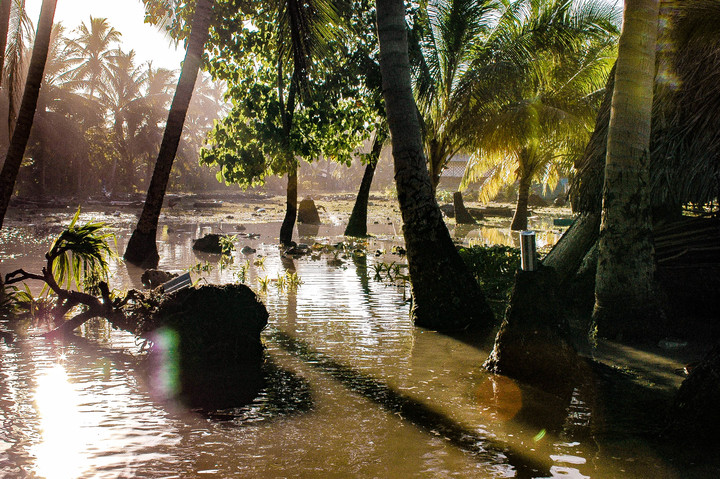 The majority of "Mortlocks", Ms Tefuarani said, have moved to near the town of Bougainville's Buka town, with assistance from the cash-strapped autonomous Bougainville government. No one was expecting much help from PNG's central government.

In that earlier article, Raroteone Tefuarani identified resettlement as something that Takuu's people were unprepared for, saying that she would fight to retain her culture as per the value that her ancestors had placed in it.

However in the intervening four years since the article, Ms Tefuarani had moved around a bit, returned to Takuu for a spell and then left again.

She was taken aback at how rapidly the exodus had progressed in just a couple of years. Furthermore, what she then saw in Buka, was disheartening to her.

"It's very sad to see our young people, like they are living in Buka now and they have forgot (their customs)," she said.

Takuu, a Polynesian language from the Ellicean branch, is also losing ground as people move away. It mainly stays alive through linkage to those left on the island. Yet, she said, "if everyone starts moving then we have to worry".

This statement has special resonance in a year when the movement of people around the world has reached chaotic new proportions.

Moving away is difficult but the food shortage on Takuu has long since started to pinch, and people who are sick cannot expect timely treatment if they remain on the atoll.

"I do understand why people have decided to move and I don't really see it as a free choice that they've made," Ms Tefuarani explained.

"If we did have more government assistance it wouldn't happen this way. But in my own little way I try to instil it in my kids in little ways like speaking language - try to carry on our customs and our traditions and keeping the language intact." 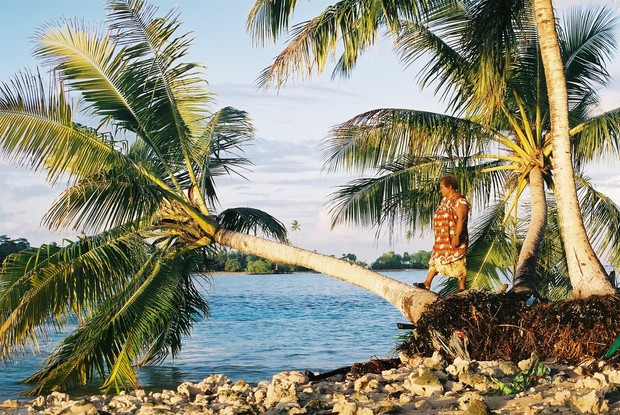 Looking out over the lagoon at Takuu. Photo: Briar March

The isolation of a place like Takuu ought to have been its protection against the relentless forces of "progress", but the Pacific's outliers and their cultures are at risk of being swallowed up.

Our phone interview had gone on for quite a while and Raroteone Tefuarani's tone became sombre - talking about Takuu made her feel quite homesick, she admitted.

I asked her if she would go back and settle down in Takuu one day, once her kids were older.

With that, we wrapped up the call. Yet the thought of that atoll and its sacred island lingered uneasily, much like its future.