He was born and raised in South Auckland and said one of his biggest achievements was winning a bronze medal for Tonga in the super heavyweight division at the 2010 Commonwealth Games.

He's best known for being the man who stopped Parker from going to the 2012 London Olympics and of their four amateur encounters, the pair have won two each.

But instead of following the same path as Parker, Fa decided to get a job and start a family.

"What he's able to achieve in this short amount of time - because it is very very quick what he's been able to do in that time - it's very very impressive and it's very enlightening for us Kiwi boxers, coming from a place that's so far away from where the big money is to be able to achieve what he has," he said of Parker. 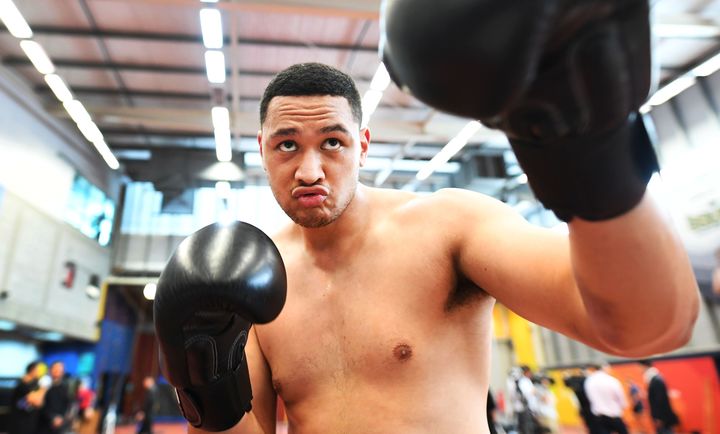 Junior Fa made his professional debut in February and will put his 5-0 record on the line this weekend, against Samoan heavyweight Alapati A'asa on Parker's undercard.

"I've been kind of waiting for this opportunity for a while because my name has been in the headlines for a few months now so I've been given this opportunity and I'm just willing to perform a good performance on Saturday.

"I'm kind of used to this kind of pressure. I've been fighting in the high-level fights for a while in the amateur background so I'm used to the pressure.

"My strengths is I'm a big man but I'm quite light on my feet, I'm a mover and I love my counter-punching so I'm not your typical guy that is just going to stand there toe to toe with the fella and just basically give one shot, take a shot, give a shot, take a shot." 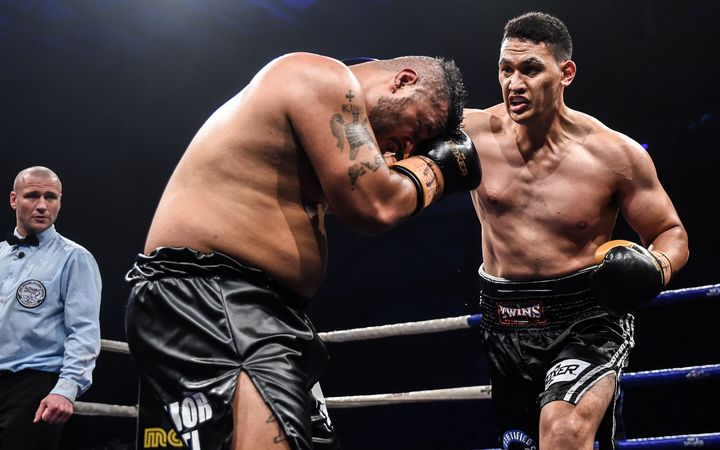 The 26 year old Fa has begun to cut-down his work commitments as an aluminium joiner as he puts more and more time into his boxing career.

"So these past few weeks of camp have been really really intense but it's a lot better now than it was before, rather than me working a 40 to 50 hour week then training.

"Just from these past few weeks, just from training properly twice a day, I have seen a huge huge increase in my speed and my power...fitness as well."

Joseph Parker is undefeated in his 21 fights so Fa has some catching up to do but given he's sparred Carlos Takam, the man Parker beat earlier this year, and the IBF world title holder - Anthony Joshua, Fa's experience suggests he's on the right track.