A presidential candidate in Palau says the number of women in politics is improving but it's still a man's world.

Palau will hold a presidential primary on Thursday and the top two candidates will go head-to-head in November's general election ballot.

Senator Sandra Sumang Pierantozzi was Palau's first woman senator and is the only female candidate running for president.

She said there are now three women in the senate and it's likely a woman will definitely win a seat in the House of Delegates. 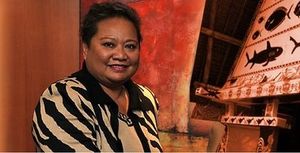 But Senator Pierantozzi said more women are needed to balance the agenda of male politicians.

"All they want to do is build big infrastructure, build bridges, but smaller things like social welfare the good of the people, health education," she said.

"I notice men don't really pay much attention to these other things."