Australian golfer Jake McLeod has extended his lead to three shots at the halfway point of the South Pacific Open Championship in Noumea.

The 22 year old tour rookie opened his second round at the Tina Golf Course with a birdie on the first hole and eagled the par five 14th hole for the second day running.

He went on to fire a four under par 67, despite making a bogey on the last hole, to reach 12 under par.

"I hit it well again today and gave myself a lot of opportunities," said McLeod.

"I was really comfortable out there. I hit 16 greens and putted really well. I bogeyed the last but it was a tough three putt.

"I think the pressure might start to kick in tomorrow and it will be there on the weekend for sure. But hopefully it's another good round tomorrow." 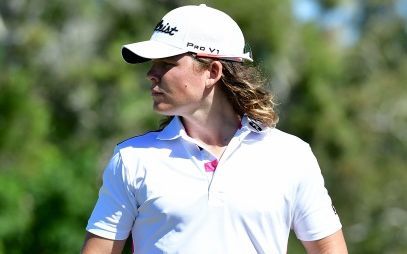 Tom Power Horan is outright second on the leaderboard at nine under the card after firing a six under 65, the equal best round of the day.

Kirianu Blais is the best placed local in a tie for 21st position at two under par.

The second round cut was made at three over par with 64 professionals and three amateurs making the final two rounds.

Fiji's Sam Lee was right on the cusp, carding a one over par 73 in the second round to reach the halfway point at three over par. 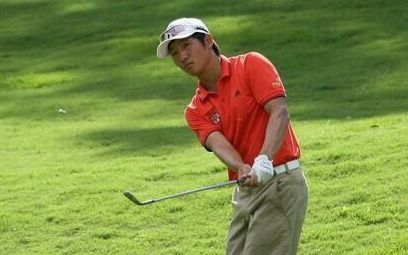