The European Union says it has signed a short-stay visa waiver agreement with the Federated States of Micronesia. 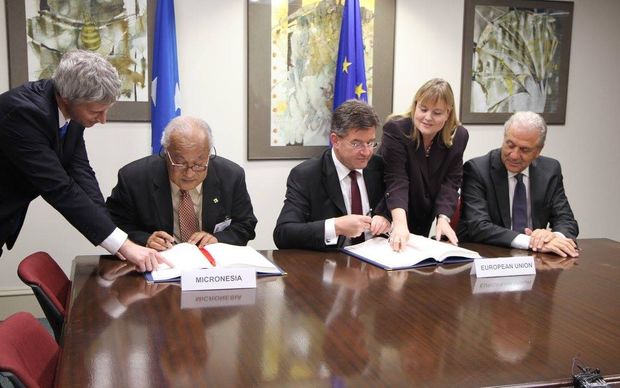 The agreement provides for visa-free travel for EU citizens travelling to Micronesia and for citizens of the FSM when travelling to the EU for a stay of 90 days in any 180-day period.

Signed in New York on the margins of the UN General Assembly, the agreement was aimed at increasing people-to-people contacts, tourism and business links, according to the EU.

The visa-free travel applies to all categories of persons and for any kind of purposes of travel except for "persons travelling for the purpose of carrying out a paid activity".

The FSM joins the Marshall Islands, Vanuatu, Samoa, Tonga, Palau, Kiribati and Tuvalu as Pacific countries approved for visa-free travel to the EU.

However the two biggest Pacific Island countries, Papua New Guinea and Fiji, remain off the list.