Pacific island countries have called for help in dealing with refugees at a major UN gathering in New York. 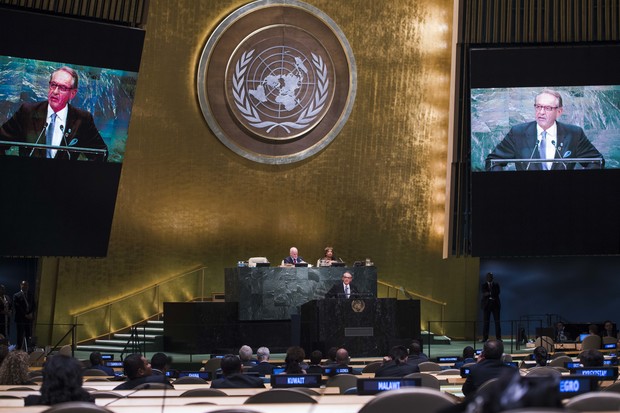 It's the first time the General Assembly has called for a summit at the heads of State and Government level on large movements of refugees and migrants. Photo: UN Photo/Amanda Voisard

They gave delegates to the Summit for Refugees and Migrants a glimpse of their own experiences and said countries need to co-operate more.

Nauru's Justice Minister David Adeang called for help to resettle the hundreds of refugees living in limbo on the island. 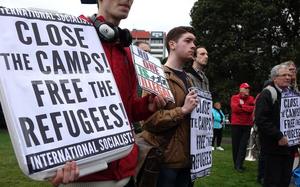 Protestors called for an end to Australia's offshore detention camps at outside Parliament in Wellington in August this year. Photo: RNZI/Sally Round

He described Nauru's offshore regional processing system with Australia as an innovative model which had avoided thousands of deaths at sea.

The camps on Nauru and in Papua New Guinea have been widely criticised but Mr Adeang said Nauru is proud of the system which had been effective apart from a crucial missing element.

"Nauru invites other countries to assist in finding durable resettlement solutions for our refugees. This is the critical missing component. Remote processing is one part of what needs to be a comprehensive migration strategy." he said.

"I encourage states today to assist us find permanent homes for the 924 refugee men, women and children currently on Nauru."

Mr Adeang even appeared to put out a bid for more processing business saying it had the infrastructure and systems in place now and was well-placed to address migration flows. 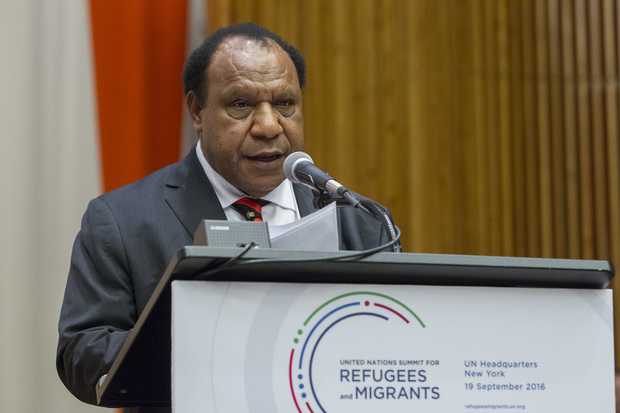 My country is serious and committed to be part of the global solution. Rimbink Pato

He said PNG's experience of the global refugee crisis included seeing Carteret Islanders forced to migrate internally because of rising seas and an asylum seeker processing centre on Manus Island.

He said that was set up with Australia as a gesture of goodwill and is now being closed after being found unconstitutional, showing it's not a simple issue.

"This is why my country is serious and committed to be part of the global solution."

Mr Pato recounted the low numbers wanting to resettle in PNG from the centre and he recommended innovative methods like his country's waiver of a US$3000 fee for citizenship for refugees.

Fiji's Prime Minister Frank Bainimarama said the world needed to approach the "grave crisis" in a way that put human rights and dignity above all else.

He said countries must make a more concerted effort to work together to deal with it.

"And we hear the cries of those that are unfairly treated in detention centres including in our own region with no hope and no way out," said Mr Bainimarama.

"Excellencies, our common humanity demands that we must heed these cries and work together more wholistically and more effectively to address this crisis."

Mr Bainimarama said Fiji had offered refuge to climate change migrants from Kiribati and Tuvalu but he said that would need international help.

Meanwhile Australia defended its border protection policies, saying it is a world leader in investing in refugees.

"Australia's immigration policies have focussed on finding a balance between population growth, nation building and economic needs while sharing the responsibility for resettling the most vulnerable refugees," said Immigration Minister Peter Dutton.

"The Australian story demonstrates how societies can benefit from safe, orderly and well-managed migration."

Mr Dutton said Australia had had a long history of managed migration and he reiterated that people smugglers did not offer a path to the country.