The President of Vava'u's Tourism Association says it seems the Tongan government and fuel suppliers are attempting to sweep the islands' fuel shortage under the carpet. 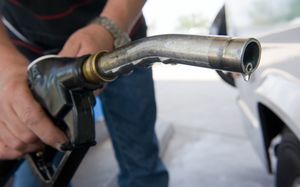 Tourists have been turned away because no fuel is available on Vava'u. Photo: 123rf.com

Calvin Shumaker says the northern group's economy is suffering because no petrol has been available, meaning tourists are turned away and residents can't travel freely.

Mr Shumaker says frustration is building because there is not much information given to the community.

"We still haven't heard anything official, either from the government or Pacific Fuel and we are now in five weeks, it's been five weeks since the last fuel barge has officially been in Vava'u."

Residents claim Pacific Energy has sold their fuel barge and has not replaced it, meaning supplies dried up quickly during the high tourism season.

The Governor of Vava'u, Lord Fulivai, was unavailable for comment.