France's Ambassador in Vanuatu has confirmed that Vanuatu passport holders will now have free entry into New Caledonia on a maximum three month visit. 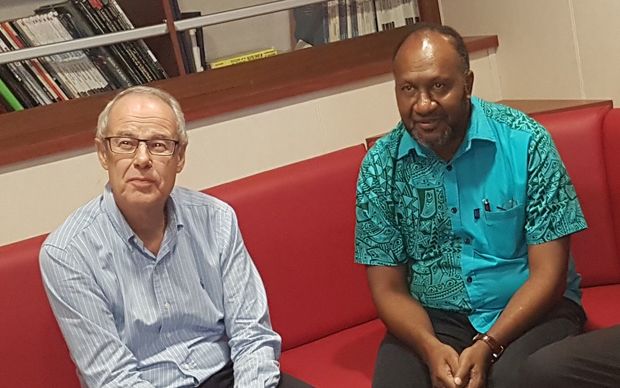 Alain Duboispean told Prime Minister Charlot Salwai onboard a French warship visiting Vanuatu that he had just received the visa-free information from France.

Mr Duboispean also thanked the Vanuatu government for its support for the New Caledonia and French Polynesia to become members of Pacific Islands Forum during the recent leaders summit in Federated States of Micronesia.

New Caledonia's president Philippe Germain promised such an arrangement during his last visit to Vanuatu.

Vanuatu was a French and Bristish colony until 1980 and New Caledonia has been on the United Nations decolonisation list since 1986.