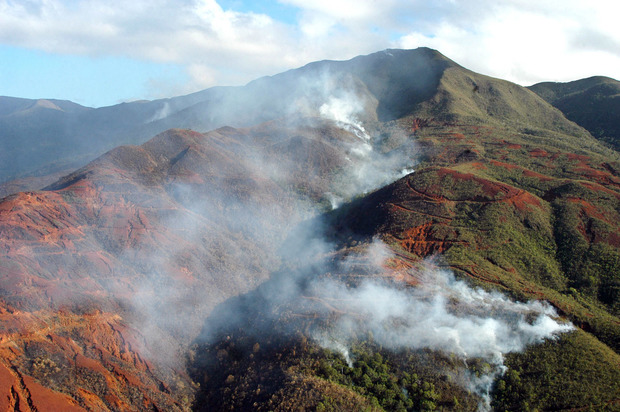 Aerial view of an area devastated by fire near Noumea, in 2005. Photo: AFP

The declaration was issued after drought conditions on Belep had been deemed as extreme while 80 percent of New Caledonia is at heightened risk.

Environmentalists said this has affected areas rich in bio-diversity.

The weather service said so far this year there has been 70 percent less rainfall than normal and every month this year has had a new record high.