Fiji's opposition is calling on government to reverse its decision to withdraw from the proposed regional trade deal PACER-Plus. 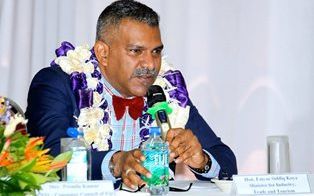 The withdrawal was announced on Friday last week by trade minister Faiyaz Koya who cited inflexibility from Australia and New Zealand on Fiji's concerns during negotiations.

Opposition shadow trade minister Viliame Gavoka said PACER-Plus had been negotiated for years and was to consolidate all trade agreements between Australia and New Zealand and other Pacific countries.

Mr Gavoka said to then have the government decide to pull out on the homestretch was shocking.

He also said issues highlighted by the minister on the legal text of the proposed agreement were not understood by the vast majority, especially businesses, many of whom had high hopes for PACER-Plus.

Viliame Gavoka urged government to return to the negotiating table and endorse PACER-Plus.