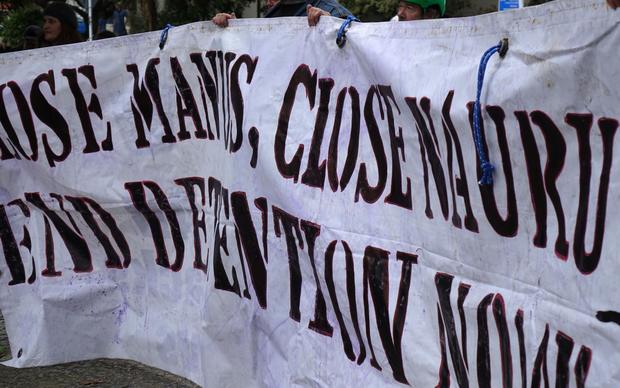 Protestors outside parliament in Wellington call for the closure of Australia's asylum seeker camps Photo: RNZI/ Sally Round

The opposition Labor and Green parties co-sponsored a motion in the Senate, which was passed with the help of five cross-bench senators.

The call for an inquiry followed the leak of thousands of files documenting abuse of adults and children at the Australian-funded detention centre on Nauru.

The parliament's Legal and Constitutional Affairs References Committee will examine the allegations of abuse, self-harm and neglect of asylum seekers in Australia's offshore detention programme.

It will also examine attempts by the Australian government to re-settled asylum seekers in third countries.