The Marshall Islands is part of the region's first study checking the levels of mercury in local residents. 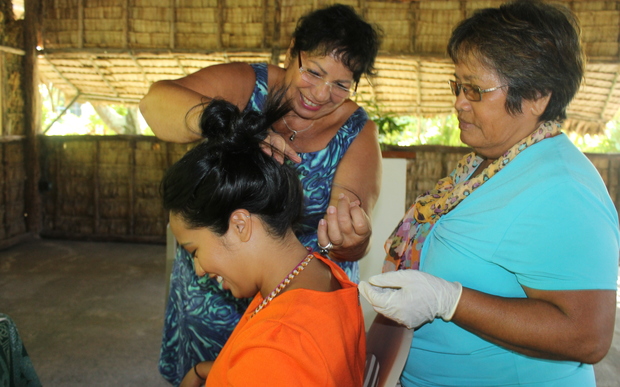 Testing for mercury in the Marshalls Photo: Women United Together Marshall Islands

Cook Islander Imogen Ingram, who is conducting the survey in at least five Pacific nations, has visited Majuro and worked with the national women's organization, Women United Together Marshall Islands, to take hair samples of 30 women to be laboratory tested in the United States for mercury.

Ms Ingram says the concern for mercury in the Pacific stems largely from fish contaminated with mercury from various sources.

She says she has tested herself and found her body burden is two and a half times what is considered the maximum acceptable level of mercury in the United States.

It motivated her to look at the situation across the Pacific region.

With a grant she has organised surveys in mulitiple islands, taking hair samples from 30 women, aged from 18-44.

A lab in Maine is handling the analysis of the hair samples.

So far, Ms Ingram has completed work in Tonga, the Cook Islands, and the Marshall Islands, and is now heading to Kiribati and Tuvalu to get further samples.