A Tongan advocate for women and children Ofa Guttenbeil-Likiliki says core beliefs need to change if there's to be any drop in the region's high rates of violence against women and girls. 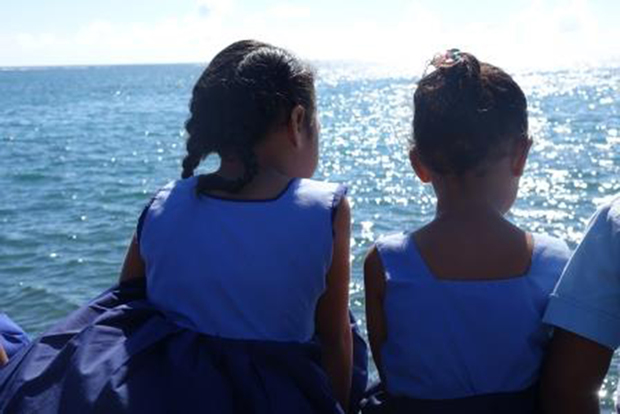 Young schoolgirls sit on the foreshore in Apia Photo: RNZI/Sally Round

She told women's affairs ministers gathered at a Commonwealth summit in Samoa that anti-violence campaigns, the focus on neutral ideas like gender equality and technical solutions have had little impact.

Ms Guttenbeil-Likiliki said the focus should be on changing mindsets and behaviour and there needs to be reform in the classroom so children are taught they're equal.

"At the end of the day in the Pacific, when that little boy and that little girl goes home, they're walking into a house where the father believes he is superior to the mother and so the school needs to provide that education to challenge that and to get the child thinking at a very early age that they're equal to each other."

Ms Guttenbeil-Likiliki also said it would have been more strategic for the advancement of women's rights if the Commonwealth meeting organisers had avoided a clash with the Pacific Islands Forum.

She said the very first female Secretary-General of the Commonwealth could have then gone to Pohnpei where the lead regional body is holding its annual meeting and influenced the processes and thinking there.

"This is an example where we need to do things differently, start thinking outside the box, look at key entry points where we can move into those spaces and make some change," she said.