Cook Islands are looking to build on a promising start to the Oceania Under 20 Men's Football Championship (OFC), in today's second round match-up against the Solomon Islands.

The OFC Preliminary winners restricted New Zealand to just three goals in their opening match on Saturday, the last of those coming in added time.

Head coach Matt Calcott said the players have bonded quickly, considering they only came together four days before the first match.

"We only travelled with 16 players. Sometimes that's probably a little bit easier in getting the information across and the boys have been fantastic. We decided that we would have four or so sessions instead of a warm-up game and that's been really productive so I'm really looking forwards to (the match against the Solomon Islands)," he said. 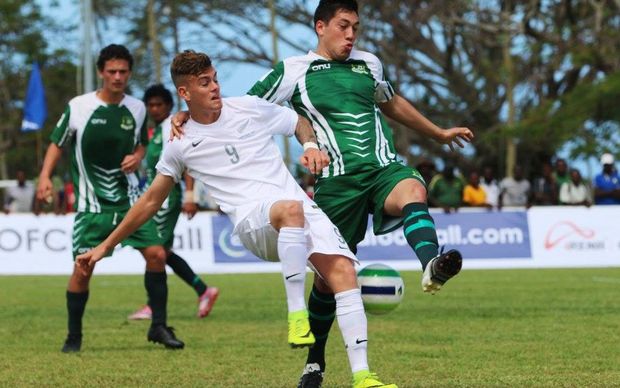 Mr Calcott watched the Solomon Islands fight back from two goals down to draw 2-2 with Tahiti at the weekend and said he was impressed by the technical ability of their Group B rivals.

"Player for player I think Solomon Islands would be right up there in the group but I think they've got some chinks in their armour, you might say, so we're really looking forward to it. What we really need to ensure is that on the transition and defensive transition against the Solomons counter-attacking that we deal with things properly."

"We might play higher up the park and they've got a few injuries as well so they could be quite light in personnel. I think a key factor for the (match against) Cook Islands was how quickly we got organised and really that's going to be a platform to attack from." 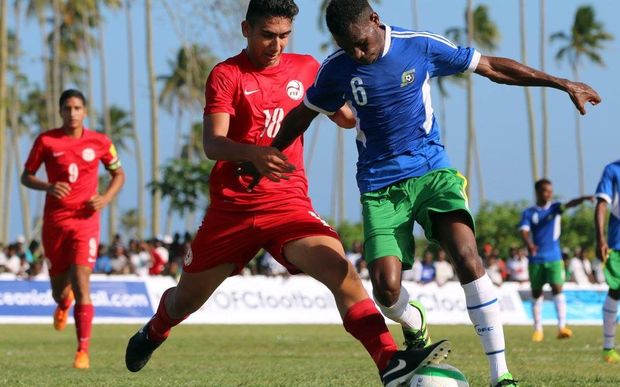 In the other Group B match-up in Santo, New Zealand is seeking their first win over Tahiti at Under 20 level since 2007.

Coach Darren Bazeley believed his side would be better with a match under their belts.

"When you're coming up against teams that are organised, don't give you space and aren't looking to push players forward then it becomes frustrating at times. But we've got some good players who will have learned a lot from that opening match and hopefully we can keep our performances improving throughout this tournament."

Meanwhile in Port Vila, Group A leaders New Caledonia and hosts Vanuatu have the chance to seal semi-final places with a match to spare.

New Caledonia thrashed Papua New Guinea 4-1 at the weekend, despite trailing at halftime and coach Kemali Fitealeata wants his players to replicate that second half performance from the first whistle against Fiji.

"The first game I thought the players were stressed and were feeling the pressure. For some players it was their first international game. But now we are ready to play like we did in the second half throughout the rest of the tournament," said Fitealeata.

Hosts Vanuatu edged defending champions Fiji 1-0 in the other match on Saturday but coach Ettienne Mermer refused to get carried away.

"We just want them to think about each day and exactly what they have to do on that day to prepare. A step-by-step approach is best for us.

For the first time, both finalists in the OFC tournament will qualify for next year's World Cup in Korea. 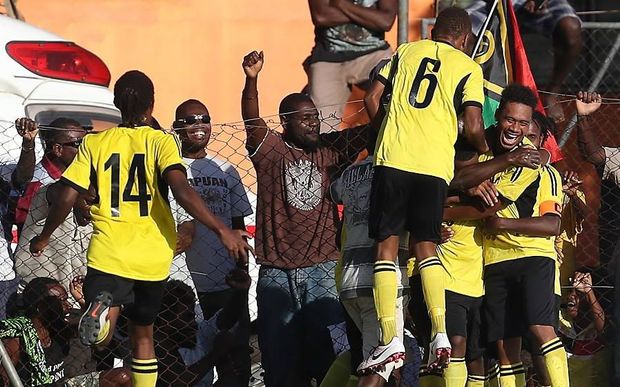