A group of British MPs say they cannot understand how Australia can justify removing self-governance from Norfolk Island. 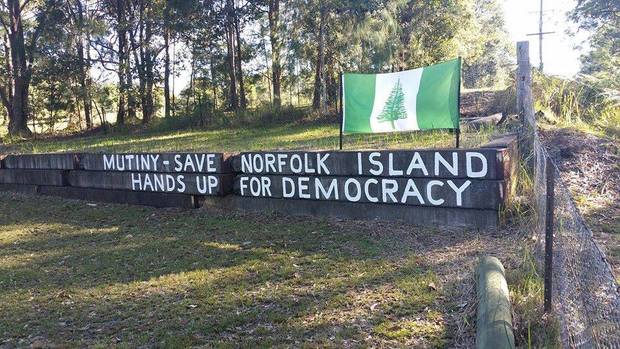 The delegation, consisting of two MPs from the ruling Conservative party and one from Labour, visited Norfolk last week on the invitation of the island's People for Democracy group.

Norfolk's limited self-government was removed a year ago and Canberra replaced it in July with a regional council within New South Wales.

The Conservative MP, Andrew Rosindell, said it is clear from speaking to people on the island that the change has greatly upset many.

"I have met people that have been in tears, people that are worried about their future and this seems to me to be a misjudgement and very sad because the Norfolk Island people are the kindest most gentle folk that I have ever come across and they simply want to defend their culture their heritage, their right to self-government," he said.

"Yes Australia should help, of course they should. But they should do it in a consensual way not imposing things against the wishes of the people."

The British MPs say they will be raising their concerns with both Canberra and their own government, calling for a review of Australia's decision.

A follow up visit to Norfolk from more British MPs is also being considered.