Pacific Island leaders have called for continuity in the region's relationship with the United States ahead of the imminent change of government in Washington.

The Tenth Pacific Islands Conference of Leaders is wrapping up today in Hawaii where engagement between the region and the US was at the forefront of discussions, with US President Barack Obama having attended the event. 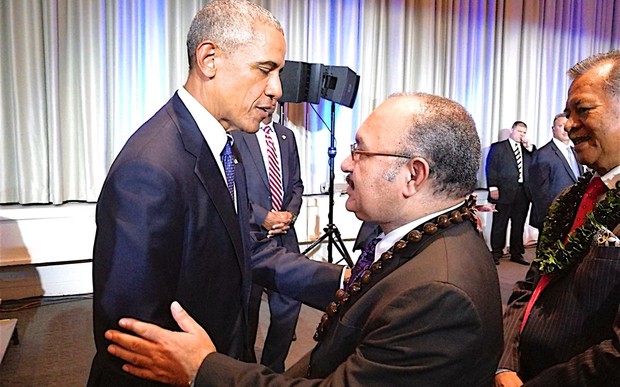 Mr Obama told the conference that few people understand the implications of climate change better than Pacific islanders, and that the US had to lead on efforts to mitigate rising temperatures.

"Over the past seven and a half years, America has worked to generate more clean energy, use less dirty energy and waste less energy overall, and it's made a difference," he claimed.

"Our investments have tripled wind power, multiplied solar power 30-fold, and in many places helped clean energy become cheaper than dirty energy. And we did all of this while fuelling the longest, uninterrupted streak of job growth on record."

However Mr Obama said there was much work left to do to stem global warming, and that a united approach was needed.

He promised US help to facilitate resources for countries which need help preparing for the impacts of climate change. To this end, the President announced over US$30 million in new funding to try to bolster Pacific Island countries' defences against climate change.

The US is also to send $8 million to a World Bank trust fund that supports a disaster and climate insurance facility for Pacific islands.

In his speech, the Prime Minister of Papua New Guinea Peter O'Neill praised Mr Obama for taking the issue of climate change seriously.

But he pointed out that with a new US President to be sworn in within several months, there would be implications for the Pacific region in climate change, as well as trade and international security.

Mr O'Neill stressed the need for Pacific islands to be prepared for a different approach from a new US administration.

The PNG leader saw the current set of security tensions and economic difficulties facing the global community as a prime reason for all countries in and around the Pacific to work together.

"There are some observers who draw parallels to the global uncertainty of the decade immediately before each of the World Wars," Mr O'Neill explained.

"Leaders of the world must learn the lessons of history and not repeat mistakes. We must manage current political tensions through dialogue." 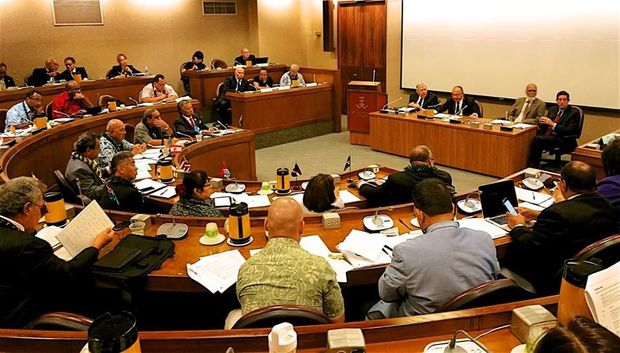 Talks in session at the Pacific Islands Conference of Leaders in Hawaii. Photo: Supplied

At the conclusion of their talks, Pacific leaders signed a 15-point outcome resolution.

Among the resolutions were calls for the US to improve preferential trading arrangements with the Pacific; and to get on board with new sustainable fisheries and marine conservation efforts.

US commitment to a new regional tuna arrangement was another focus of the leaders' resolution list:

"In recognising that the revised US Tuna Treaty has been negotiated and is subject to final legal review, we look forward to the US Government's timely rescission of its withdrawal from the Treaty, to enable Pacific island countries to finally decide allocation of fishing access in 2017."

They also urged Washington to take action to meaningfully address the "lingering needs" from its nuclear testing programme in the Marshall Islands.