Fresh from a temporary resolution to a significant landowner blockade of the major LNG Gas Project in Hela, local leaders fear a return to all-out tribal warfare of the kind which plunged the region into a crisis in 2002.

According to PNG loop, the Tari Pori District Authority Executive said there was a continuous spat of tribal fights all over the province, centred around the provincial capital, Tari.

David Takitako called on the National Government to declare a State of Emergency in the resource-rich province. 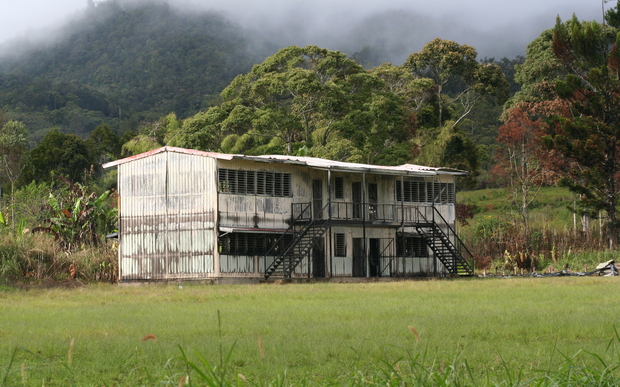 The burnt out remains of a school as a result of tribal fighting in Hela in 2011 Photo: RNZ / Johnny Blades

Superintendent Welly indicated fighting has spread from Tari to Koroba, where three deaths have been registered as local police units struggled to contain the unrest.

Referring to the latest skirmishes in Tari town, Superintendent Welly said the two clans were about to start "chopping each other" in public when police intervened by firing gunshots to disperse the groups.

He said the conflict forced businesses, government offices, the bank and Tari's airport, to close.

All flights to Tari have also been suspended as of yesterday.

The Tari MP, Finance Minister James Marape, has voiced support for the call for a state of emergency to be declared.