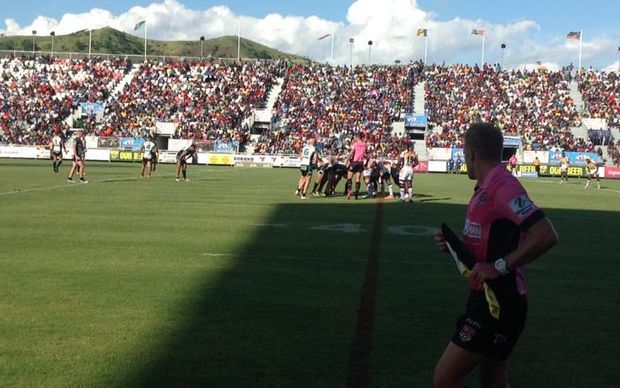 The Hunters are 11 from 11 at the National Football Stadium and PNG Rugby League CEO Bob Cutmore said it's a welcome boost with the same teams to square off again in Sunday's elimination final.

It will be the Hunter's first finals match at home.

"We are hard to beat at home because we get a very good crowd, the crowd get behind us and it's great for the game and our audience up here really appreciates the football and appreciate their rugby league," he said.

"Now, with the way the draw has gone, we will play Sunshine coast again and I know beating them 34 points to four, psychologically that's going to play on them coming up here."

The Redcliffe Dolphins claimed the Intrust Super Cup minor premiership after embarrassing the Tweed Heads Seagulls 74-6, while second placed Burleigh Bears will also have the weekend off after defeating Souths Logan Magpies 30-18.

The third ranked Townsville Blackhawks will host Easts Tigers with the Hunters hosting the Falcons.