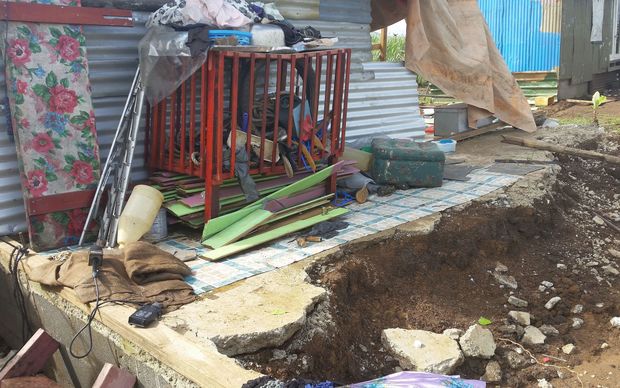 Most of those who lost their houses are still living in tents Photo: RNZ / Sally Round

The category five Cyclone Winston caused widespread devastation when it swept through much of the country six months ago.

The director general of the Fiji Red Cross, Filipe Nainoca, said food and water security has largely been restored, but most of those who lost their houses are still living in tents.

He said accessing building materials has been a challenge that has slowed the rebuild.

"At this stage it's about 80 percent of them are still in tents," he said.

"One of the biggest challenges that we're facing here is getting the materials to build the new homes because there's so many trying to access the materials."