The Oceania taekwondo champion has been one of the most talked about athletes in Rio, since his coconut-oiled body made global headlines during the Games opening ceremony.

He will come up against Iran's Sajjad Mardani tomorrow morning in the opening round of the men's over 80kg division and said he can not wait.

"When you're a competitive athlete, the second you think that you can't win that's when you hang up the gloves and call it a day. In my way I've got to beat the world champion - world champion and two Olympic medallists just to get a medal so yeah it's a big ask but I've got to go and show everything I've learnt."

His coach, Master Paula Sitapa, said it will be quite the occasion when Pita steps out onto the mat to compete.

"It's the dream of every sportsperson to be at the Olympic Games and for Pita himself he failed twice (when he) trialled for the Olympics and sitting at home, watching the screens (as) everyone's walking to the stage of the taekwondo and compete he never gave up - he wanted to keep on going - and this time to be here it's quite amazing and it's a privilege and to achieve that goal."

"It's been 20 years of a vision and dream and work and a struggle on the way but it hasn't been changed. Our plan and goal is still the same - we are looking forward to get a medal from this Olympic Games here in Rio and no doubt our plan and purpose for these Games is still the same."

"To get to this moment is quite amazing It's an amazing feeling to take part in these Olympic Games...we never give up, we never quit and we're looking forward to this Saturday (local times)," he said. 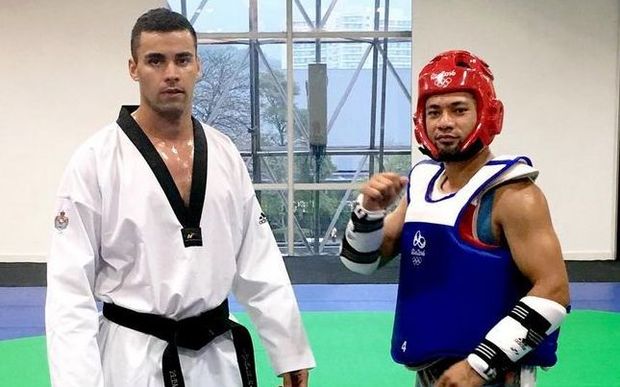