Javelin thrower Leslie Copeland will represent Fiji at the Rio Olympics closing ceremony, with the rest of the delegation flying home a day early.

Fiji sevens captain Osea Kolinisau carried the flag during the opening ceremony and the honour is usually reserved at the conclusion for the athlete who excelled during the just-completed Games.

That would undoubtedly have been someone from the sevens team again following their gold medal winning performance.

But Team Fiji's Chef de Mission in Rio, Cathy Wong, said the decision was made a long time ago for their delegation to return home together and that meant leaving a day early.

"People ask why we don't stay for the closing ceremony (but) for us it's just impossible...financially it's not a viable option for us to hold 88 people outside the Games Village for two days because we just can't get flights out of Rio."

Leslie Copeland failed to qualify for the final, finishing 32nd in the men's javelin, but Cathy Wong said at least Fiji will have a representative in the stadium. 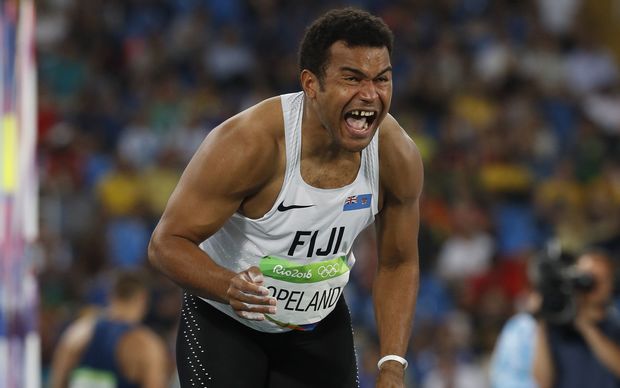