Five police from the Royal Solomon Islands Police Force are this weekend travelling to Africa to serve as peace keepers.

Their assignment in Darfur in western Sudan will be the first time Solomon Islands police officers have contributed to United Nations peace keeping efforts. 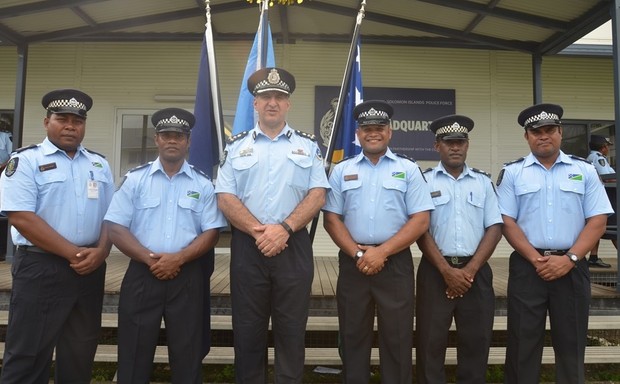 Darfur is currently the epicenter of hostilities between the Sudanese government and rebels with the Sudan People's Liberation Movement.

Peace talks have been struggling and the UN is concerned about facilitating humanitarian services.

After 137 officers expressed an interest in applying, a shortlisted group was put through medical testing, driver training, firearms training and other preparation for work involved in peace keeping activities.

The five-member contingent from the RSIPF will join police from other Pacific Islands countries including Samoa and Fiji who are also serving in the UN mission in Darfur.

Meanwhile, the Regional Assistance Mission to Solomon Islands congratulated the RSIPF on its historical achievement in the UN deployment.

The acting RAMSI Special Coordinator, Masi Lomaloma, said it was a mark of how much of a modern and professional police force the RSIPF had become.

"When RAMSI arrived in Solomon Islands in 2003, the RSIPF was in a state that a deployment to a UN peacekeeping Mission was something that was thought to be impossible," he said.

Mr Lomaloma said the Solomons now had a police force which was one of the best in the Pacific region.

"This exposure at the UN peacekeeping level by the five members of the RSIPF will strengthen their character, leadership and policing skills and the rest of the Force will benefit from the experiences of the five officers on their return after 12-months tour of duty."