The MP for Manus in Papua New Guinea says the local community is bracing itself for the closure of Australia's offshore processing centre on the island.

Australia's Immigration Minister Peter Dutton said yesterday that Canberra had agreed with PNG to close the Manus centre, following an April PNG Supreme Court ruling that holding people against their will there is illegal.

While neither government has given a timeline on the closure, the MP Ronny Knight said they already knew it was on the cards.

He said the closure will effect the local community, with about 800 young people set to lose jobs.

"But I hope that the authorities and those people involved make sure they get a proper payout when they're finished and get compensated, according to our laws," Mr Knight said.

"Local business won't lose out much because when G4S (Australian security contractor managing the Manus centre) was there, they used local business. Now they pretty much fly everything in - not in the spirit of the agreement - they are using their own transport, their own vehicles, and all that sort of stuff." 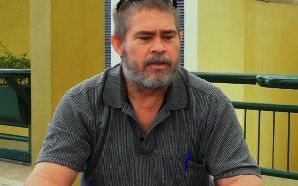