The multi national ExxonMobil has again rejected claims part of its LNG operation in Papua New Guinea has been shut down by protestors. 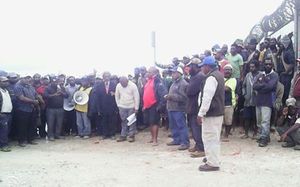 Landowners in Hides in Hela Province last week began a campaign demanding the government meet its commitments to pay it royalties.

A government delegation came to the region last week but failed to resolve the issues.

An ExxonMobil spokesperson said in a statement the landowners peaceful protest is continuing, but that the company was still able to operate and meet its contractual obligations.

She said while it was a matter between the landowners and the government the company was doing what it could to facilitate communication.

The ExxonMobil LNG plant, which came on stream two years ago, is the biggest industrial project ever constructed in the Pacific.