A new short film about New Zealand families and their homebirth experiences aims to empower more Pacific women to give birth at home.

According to the Ministry of Health Pacific women made up less than one per cent of mothers giving birth at home, the lowest rate in the country. 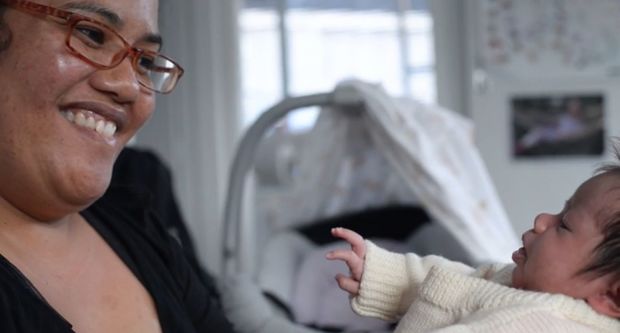 Tongan-Maori mother Vasiti Palavi says many of her pacific island friends also had the view that hospitals were the best place for giving birth. Photo: Supplied

Midwife Sharon Robinson funded the film and says there are some misconceptions among pacific communities about giving births in hospital as opposed to giving birth at home.

I think that there's a perception that Maori and Pacific people have that hospitals are really just the best place to be. Vasiti Palavi

"They think they've come to New Zealand to get the best from the healthcare that it has to offer, they go to the hospital," said Ms Robinson.

"But they don't maybe have information about the benefits of staying at home that they're giving up when they go to the hospital."

Tongan-Maori mother Vasiti Palavi featured in the documentary with the home birth of her second child.

She said many of her pacific island friends also had the view that hospitals were the best place for giving birth, a perception passed down from their mothers who saw hospital births as a western privilege.

"She (her friend) talked about that in Samoa, if you have on your birth certificate that you were born in the hospital, then that's some kind of elevated status. Whereas if you don't and you have it at some other place around in the bush or somewhere, then it doesn't get looked on very well," explained Ms Palavi

"I think that there's a perception that Maori and Pacific people have that hospitals are really just the best place to be."

Ms Robinson said there is also a lack of awareness about the safety of home births.

"There's a cultural and a spiritual and an emotional and psychological safety that often isn't part of the equation at the hospital when safety is being considered," she said 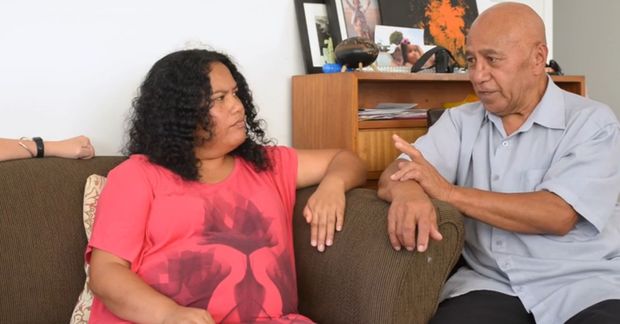 "There are risks in taking women to the hospital when you look at that whole picture."

Ms Palavi had a waterbirth inside her small two bedroom flat in Auckland with her husband and daughter present.

She said her father's presence in the home also gave her assurance.

"When I talk to him about people giving birth [at home] in Tonga he says "yeah that's what happened!"

"There would be a midwife in the village and sometimes, more often than not it was a male and he said he never heard of anything - of anybody ever having any kind of complications." 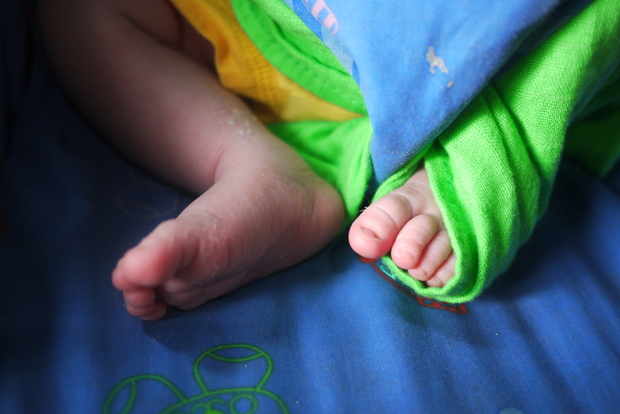 Midwife Sharon Robinson was flying to Benin, West Africa to support Australian and New Zealand couple home birth baby Noah only to learn that his mother had given birth to him all by herself. Photo: Courtesy of Sharon Robinson - With parental consent

Ms Palavi said because of the home birth, there were marked differences to the way her body healed and also the bonding she experienced with her second daughter in comparison to her first labour with her oldest child.

"My healing afterwards and my post-natal care was just easy. I just felt like I sort of - it sounds really uncouth but I just sort of, you know, cocked up my leg, pushed the baby out and then carried on with life."

"It's just the most wonderful experience. I'm a person that really responds well to doing things on her own. And that's the most empowering process."

Currently around five per cent of all recorded births in the country are home births and the ministry hopes to see more. 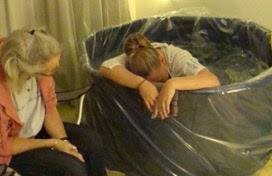 Ms Robinson says she wants to shine a light on the benefits of home births for famliies.

"I usually put all the linen in a laundry bag and take it back to the hospital so they don't have laundry to do. It ends up being, you know, I've got a bag of rubbish and a bag of linen that I take with me when I go."

"I've got a pump that empties out the birthing pool, everything gets thrown away and disassembled and you don't have to go anywhere and the Dad stays with the mother."

"I've never had a couple have a baby at home and then want to go birth at a hospital."

The film will be released on August 21st.