Fiji finished unbeaten on day one of the Olympic rugby sevens competition after coming from behind to edge Argentina 21-14 in their second pool match.

Josua Tuisova opened the scoring with his third try of the tournament before Franco Sabato responded for Argentina to make it 7-7 at the half-time break.

Santiago Alvarez put the South Americans 14-7 in front shortly after the restart before Kitione Taliga, who was subbed on for Samisoni Viriviri just before half-time, scored twice in the final four minutes to save Fiji's blushes. 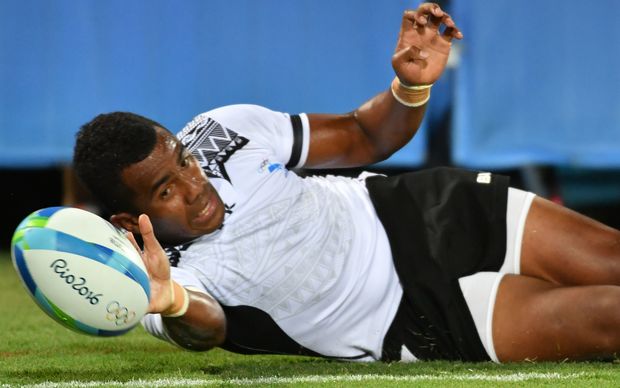 Fiji's Kitione Taliga scores one of his two tries against Argentina at the Rio Olympics. Photo: AFP

New Zealand team beat Kenya 28-5 to get their Olympic campaign back on track after a shock 14-12 defeat to Japan in their opening match. 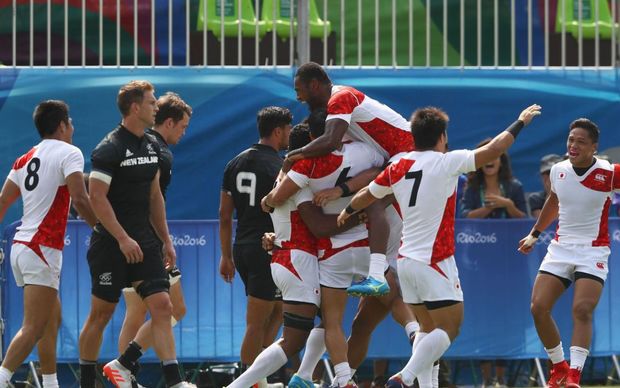 The Samoa coach Damian McGrath is watching from afar after the Manu narrowly missed out on a berth in Brazil.

He said the men's competition was wide open and whoever got the momentum rolling early on would be the team to beat.

"Everybody talking about Fiji and New Zealand but I have a sneaking suspicion that Argentina will have a big say in what goes on in the next few days...they were way up there throughout every tournament, consistently throughout the year, brought back a couple of their Pumas full (internationals) from fifteens so I think they could be a team to watch because it's almost on home soil for them and they've got that stickability and staying power, with no little skill as well, that might make them dark horses for this."

Damian McGrath admitted it was still "a stab in the heart" every time the Olympics were mentioned, after Samoa were beaten at the death in the sevens repechage final, but said he would love to see Fiji prevail.

"The pressure on Ben and the team is immense. I know from speaking to him that it's not just a matter of picking the team and going there - he's carrying the weight of the whole team (who are) carrying the weight of a nation on them and history in the making and I think it would be fantastic, it would be a terrific thing for the Pacific Islands, where rugby sevens is as close to a sporting religion as you could get and it would be a fantastic boost," he said.

"I've got some great friends there - Simor Amor coaching Great Britain and Mike Friday coaching USA - but I think if Ben and the Fijians could pull it off it would be a fantasic story, and given what they've achieved over the last three years then i think it would be very fitting as well."

Fiji's final pool match is against the USA early on Thursday before the quarter finals later in the morning.

In other Pacific results from Rio, Tongan archer Karoline Tatafu has been eliminated from Olympic competition, beaten in straight sets by Korea's Chang Hyejin in the round of 32.

Fiji judoka Josateki Naulu was defeated by Shakhzodbek Sabirov from Uzbekistan in his round of 32 bout in the men's 81kg division. 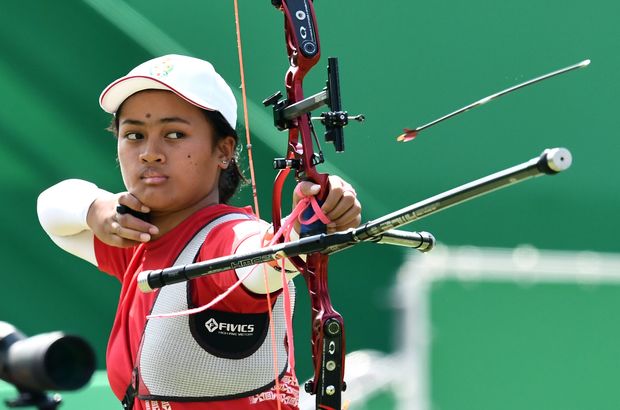