The Marshall Islands, Solomon Islands and American Samoa all began competition at the Rio Olympics on Tuesday.

Marshall Islands weightlifter Mattie Sasser finished in 11th place in the women's 58kg division with a combined lift of 199kg, while Jenlyn Wini from Solomon Islands was 15th after lifting 188kg.

Lifters from Thailand claimed both the gold and silver medals.

The territory's Chef de Mission, Genhall Manua Chen, said it was exciting to see their own athletes in competition, even if it wasn't the result they were hoping for.

"It was because he received three yellow cards and that meant he didn't attack as much as the judge wanted him so that ended the bout but Ben was on his game - the Sri Lankan scored one point, just one. I think his last bout his coach said was about a year ago - it was just a lack of having a good training partner or a lack of training with somebody his weight. I think it had to do with the lack of training time that he had."

The Fiji women's sevens team have finished eighth at the Rio Olympics after losing 21-0 against Spain in their final match.

Having missed out on a semi final berth, the Fijiana were beaten 12-7 by the United States at the Deodoro Stadium - a reversal of the scoreline when the team met in pool play - before being outclassed by the Spaniards. 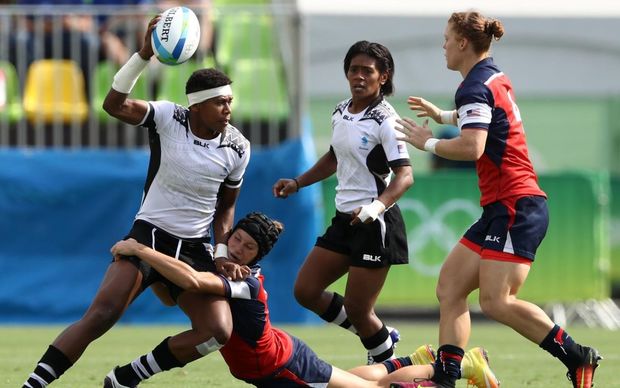 Cook Islands kayaker Ella Nicholas missed out on the semi finals in the women's K1 canoe slalom, after finishing 18th of 21 in the heats.

Fiji's Robert Elder and Tonga's Arne Jensen have been eliminated in the men's archery round of 32.