A Fiji Government report is warning of the risk of people sinking into poverty following Tropical Cyclone Winston.

Fiji One News reports the Fiji government's Post Disaster Needs Assessment Report said 90 percent of those who suffered in the disaster may continue to experience income loss.

The cyclone, the strongest experienced in the Pacific, caused $169.6 million US dollars in income loss. 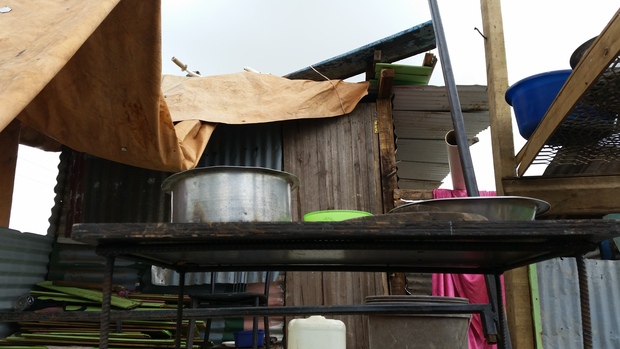 A makeshift kitchen set up under tarpaulins. Photo: RNZ / Sally Round

The report said 485,030 people could fall below the poverty line.

It said despite measures such as the housing grant, and the national provident fund payments, the government may see an additional 33 percent of the population seeking assistance.

The report recommends the government develop an informal economy policy, provide training in non-traditional skills for youth and women to support the expected labour demand in the construction sector and develop agricultural insurance for small farm holders to share the risk.