Hundreds of refugee and asylum seekers gathered in the Manus detention centre in Papua New Guinea to hold a memorial for a Pakistani refugee who drowned.

The man, known as Kamil, was recovered from a local swimming area late on Tuesday.

But grief was mixed with anger when PNG immigration informed the refugees that Kamil would be buried today on Manus rather than his body being sent to his family in Pakistan.

The spokesperson for Australia's Refugee Action Coalition, Ian Rintoul, said people gathered outside Delta and Oscar compound to voice their protest at the callous proposal.

Manus refugees say they have not seen a representative of Australian immigration although Australia has paid for the repatriation of other victims of Manus detention - Reza Barati and Hamid Khazaie.

Some Pakistani refugees are standing watch over Kamil's body which is being held at the local Lorengau hospital.

Mr Rintoul said it was a disgrace that Australia has not offered to arrange for Kamil to be sent home.

He said it was the decent thing to do for a refugee that Australia has held unlawfully on Manus Island for almost three years.

It is understood that a post-mortem is yet to be carried out on the body.

PNG immigration has agreed that no action will taken in relation to the deceased person until after today's meeting.

Ian Rintoul said the Turnbull government should do the right thing and make the necessary arrangements to meet the wishes of Kamil's family and the Manus refugees.

He said it would be an appalling moral failure if the Australian government tried to play politics over Kamil's death by denying its responsibility for the refugees and asylum seekers on Manus.

Meanwhile, Mr Rintoul said the uncertainty of the situation on Manus Island is taking its toll on the mental health of people who are living a nightmare of uncertainty.

He said a Rohingyan refugee living at East Lorengau detention centre made a second attempt at suicide in two days.

The man had requested to return home, but he was told that was not possible. 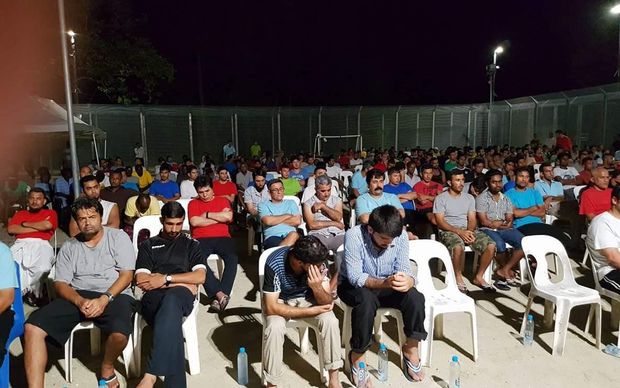