A political activist group in Solomon Islands says it will not accept a security deal reportedly being brokered with Australia.

This comes after Australia's Minister for International Development and the Pacific, Concetta Fierravanti-Wells, said the end of the Regional Assistance Mission to Solomon Islands should be seen as a vote of confidence in the country.

The Solomon Islands Broadcasting Corporation reported Mr Dausabea saying that any talks for an ongoing Australian Federal Police presence in Solomon Islands were an insult and would undermine his country's sovereignty .

Raising questions about the capability and development of the Royal Solomon Islands Police Force, RSIPF, Mr Dausabea said he saw policing standards in the country as much higher prior to the tensions than they are at present 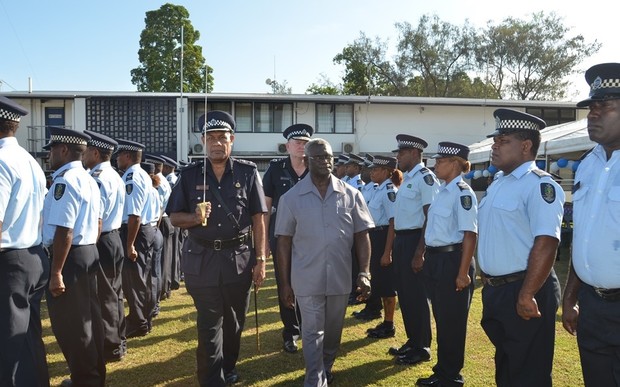 Solomon Islands Prime Minister Manasseh Sogavare inspects a guard of honour by members of the RSIPF before the opening of the National Response Department facility. Photo: RAMSI Public Affairs

However Solomon Islands police commissioner Frank Prendergast has said there are no plans for a permanent outside police presence in the country.

He said the only security arrangement he is anticipating is a standard bilateral co-operation between regional forces to support local policing.