The Fiji Women's Rugby Sevens team has learnt from past experiences and is using their camp in Chile to acclimatise to South American conditions on their way to the Rio Olympics.

The Fijiana took part in the Sao Paulo leg of the World Series back in February and struggled with jetlag and the conditions.

But assistant coach Chris Cracknell said they had taken valuable lessons from that tournament.

Both the men's and women's teams are both currently in Chile.

Cracknell said there was a conscious effort to get the team to the Rio time zone as soon as possible. 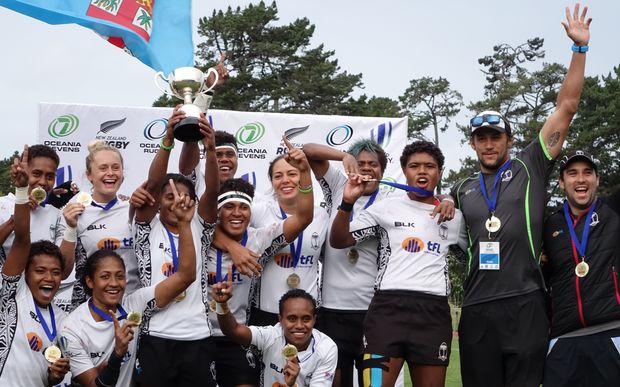 The Fijiana celebrate qualifying for the Olympic Games back in 2015. Photo: RNZI / Vinnie Wylie

He said the team had been in Chile for a week and was starting to take their preparation to another level after initially being welcomed to 8 degree temperatures.

"That was a bit of a shock to the system" Cracknell said.

"So that was the main thing to overcome but the weather cleared and then we had two really good days training the last couple of days.

"So the girls and the boys are well acclimatised now and over their jetlag etcetera so once we are finish our day today, which is our day off, then we can ramp up the preparation and put the icing on the cake for next weekend in Rio."