US military plans for activities on two Northern Marianas islands have been described as far beyond what local communities agreed to when it became a US Territory.

Northern Marianas community groups, with legal representation by socio-environmental NGO Earthjustice, have this week filed a suit against the US Navy and Government over their plans to use Tinian and Pagan as sites for large, live-fire war exercises.

The complainants want a declaration that the US agencies involved in the plan, and the concurrent navy programme to transfer 5,000 Marines to neighbouring Guam, are violating the National Environmental Policy Act and the Administrative Procedure Act.

One of the plaintiff groups in the lawsuit is the Tinian Women's Association.

Its spokesperson Deborah Fleming said when two-thirds of Tinian was leased by the US military in the 1970s, use of the island as a firing range was never discussed, and elders would not have agreed to this.

"Now we're presented with a totally different picture of using our island as a bombing range which we oppose because the plan fails to identify what those effects are, so that our people are aware about exactly what is happening."

Additionally, she said the lease had already been consummated and paid for, but the US had rarely followed through on commitments it made, such as developing local education services. 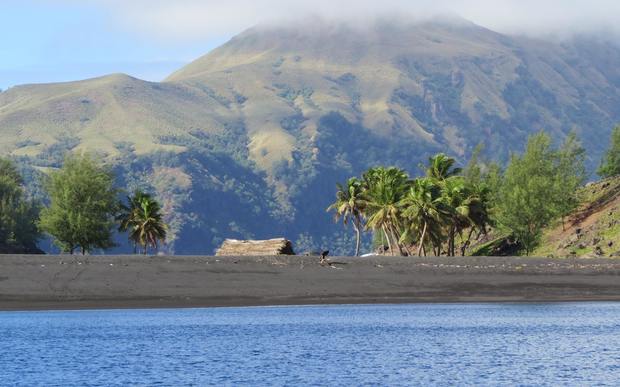 The island of Pagan in the Northern Marianas. Photo: Peter J. Perez