A lawsuit against US military proposals for two Northern Marianas islands claims due to its military realignments, the US has shifted the goalposts on its plans in the territory.

Four local community groups, with legal representation by NGO Earthjustice, are suing the US Navy and government over plans to use Tinian and Pagan islands for live-fire war exercises. 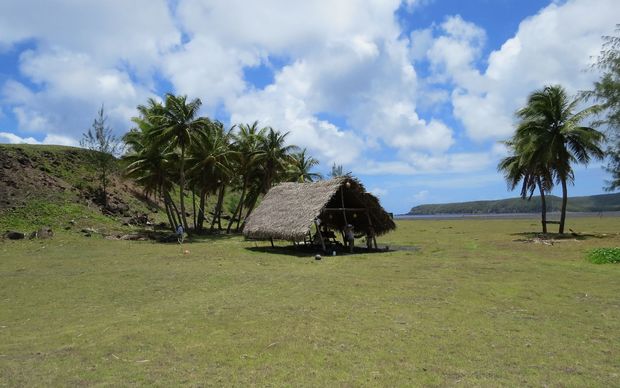 Pagan in the Northern Marianas has remained mainly uninhabited since a volcanic eruption in 1981, however its indigenous communities hope to resettle there. Photo: Peter J. Perez

American officials have conducted consultations on their plans, which have been in the pipeline for at least six years.

However the relocation of 5000 US marines from Okinawa in Japan to Guam in the coming few years meant the die was already cast, according to Earthjustice.

Its attorney David Henkin said that due to the relocation of marines on neighbouring Guam, proposed training in the neighbouring Marianas has changed radically since 2010, from low-level to highly destructive training.

"Under the national environmental policy, which is the American law that applies here, if you're going to make a substantial change to the activity, you need to do an entirely new, comprehensive envionmental impact statement, and the navy's refused to do that," he explained.

"It (the navy) has said no, we're going to go full steam ahead with moving marines to Guam and then only after the fact are we going to look at the impacts of what that's really going to mean for the people of Tinian and Pagan, and that's blatantly illegal."

Regarding its plans for Pagan and Tinian, the US military said almost a year ago that its draft environmental impact review of the plan was incorporating the local community's widespread concerns.

Public hearings on the draft's supplemental reports are imminent.

However the navy has stressed that it is has gone above and beyond what the law required of it in terms of engagement with local stakeholders over the plans.

It also said that the planned activities on the two islands would not be full-time.

In the case of Pagan, which is uninhabited, the US military plans are seen as an obstacle by indigenous communities who hope to one day return to the island they were evacuated from following an volcanic eruption in 1981.

However local officials are not clear that Pagan is safe for permanent settlement yet.