A Taiwanese artist is hoping his giant living artwork on Tuvalu will raise awareness globally and particularly among Chinese people about the effects of climate change. 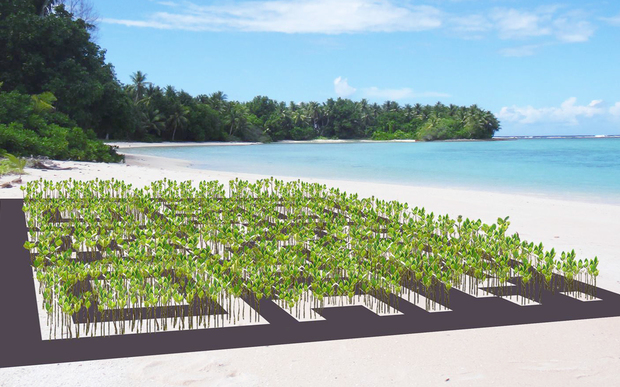 Artist's impression of proposed living artwork to be constructed in Tuvalu using mangrove plants arranged in the form of a giant QR barcode. Photo: Supplied

Vincent Huang is raising funds over the internet to plant mangrove plants in the shape of a huge barcode or QR symbol which he says is instantly recognisable in Taiwan and China.

Mr Huang planned to plant 7,000 mangrove plants in the waters off the islet of Funafala to help slow coastal erosion and make a statement about the effects of sea level rise on vulnerable countries like Tuvalu.

"In Taiwan or mainland China, everybody (is) talking about climate change but actually the carbon emissions are still raising so I try to make something different and creative idea to witness the crisis," said Mr Huang.

Mr Huang said the code which would be most evident from the air represented the ridiculous thinking about climate change.

He said a scan of the code would link people to a website where they could learn about climate change. 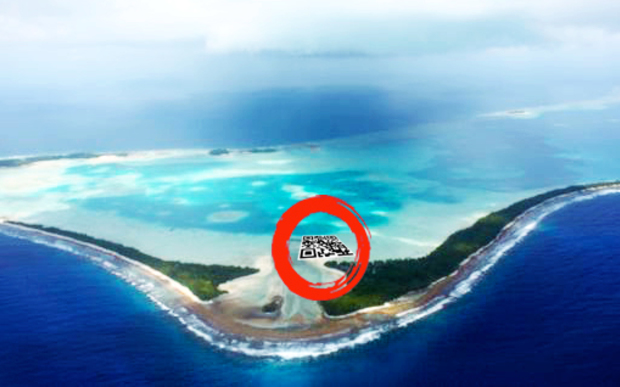