The Bougainville Government has directed its Mining Minister, Robin Wilson, to issue a notice to Bougainville Copper Ltd (BCL) to show just cause as to why its exploration licence should not be terminated.

Last month the multi national Rio Tinto rid itself of its controlling interest in BCL, which had run the once valuable Panguna mine.

These shares went both to the Papua New Guinea and Bougainville governments. 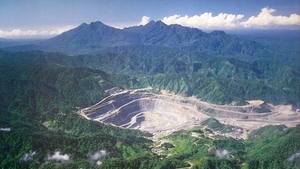 But Bougainville expected all of the shares so it would have a controlling share of BCL amid discusssions of a possible resumption of mining in the autonomous region.

The Rio Tinto move has sparked anger in Bougainville which is threatening to exclude BCL from operating in the province.

Under its mining law, if 25 percent or more of the shares in a company with an exploration licence are transferred, the ABG can end the lease.

The transfer by Rio Tinto means that termination process must now begin and that is why it has issued a notice to BCL to show cause as why its licence should not be torn up.