The Pacific Climate Warriors Movement is calling on people of different faiths to collaborate and discuss the environmental difficulties that face island nations. 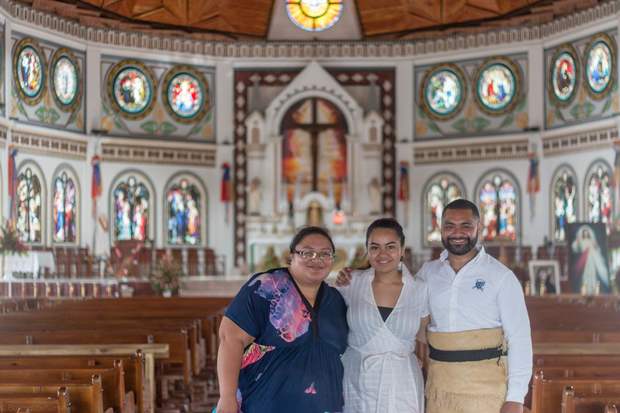 A spokesperson for the group, Koreti Tiumalu, says it is not about prayer solving climate change, but empowering and raising awareness.

They are asking people to pray for the Pacific and start a conversation about rising sea levels, coastal erosion, and changing weather patterns.

"Not only are we [in the Pacific] united by an ocean, by the impact of climate change, but we're also very much a faith community as well. We wanted to be able to continue to fight for the Pacific islands in ways that make sense for us, and includes our community and praying is one of them."

Mrs Tiumalu said empowering those who are the most effected by climate change could have a domino effect, and people from other countries will stand with them in solidarity.

Some countries can afford to be passive but in the Pacific they are surrounded by water, and vulnerable to the effects climate change a lot more than others she said.

"Not only is it just the islands, a lot of other countries are feeling the impacts as well, they're just feeling it a little slower than us."

The group is asking that people come together and pray for the Pacific on their Sabbath day, and share their stories, thoughts and opinions.

Mrs Tiumalu adds that the Pacific has always had a harmonious understanding of nature and coexisting. But climate change has meant damage to coral reefs, increasingly unpredictable weather patterns, soil damage, crop failure and rising tides.

"Some of our islands are less two metres above sea level. An increase of two metres? that already means that places like the Marshall Islands,Tokelau, Kiribati, could cease to exist and we can't let that happen'