Guam is keeping its expectations in check ahead of next month's Olympic Games, viewing the Rio event as a chance to build for the future.

The US territory sent eight athletes to the London Games four years ago but will have just five representatives in Brazil.

Swimmers Benjamin Schulte and Pilar Shimizu are fresh from competing at the Oceania Championships in Suva, Fiji, where Schulte won gold in the men's 50m breaststroke final. 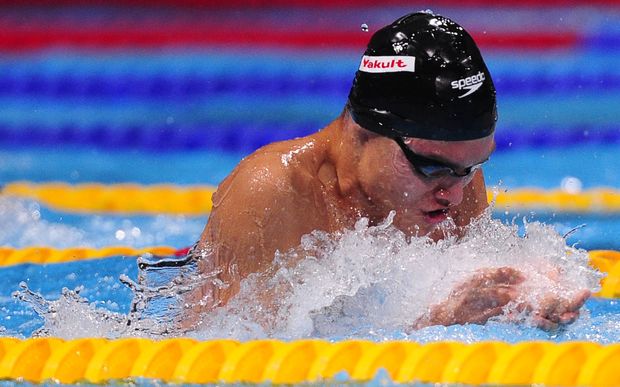 Guam's Benji Schulte will be competing in his second Olympics in Rio. Photo: AFP

The Chef de Mission for Team Guam, Joey Miranda III, said the 20 year olds will be the territory's Olympic veterans in Rio.

"Both are experienced Olympians from the previous Games in London. Benji just came off a very good gold medal performance (in the 50m breaststroke) during the Oceania Championships in Fiji and as well as last year's Pacific Games in Port Moresby. We're expecting him to do quite well - hopefully get a personal record - and then with Pilar we're also hoping that she - basically all the athletes are hoping for a good personal record."

The territory's Olympic newcomers are Regine Tugade, who will be running the 100m, and Joshua Ilustre, who will contest the men's 800m, on the track and mountain biker Dr Peter Lombard.

Joey Miranda III said Guam is taking a long-term outlook to their aspirations for this year's Games.

"We're just hoping that they take everything in to build on to the future. The track athletes are still quite young: Regine is only 18 and Joshua just graduated from college, so we're looking at this from the perspective of building a better future for them in sport and also as they progress in life."

Pilar Shimizu and Regine Tugade are both training in the US, with Joshua Ilustre and Dr Peter Lombard on island in Guam and Benjamin Schulte training in Australia.