The founder of the Pacific Storytellers Cooperative said he hopes the online platform will be used by communities to speak out on issues like climate change.

Daniel Lin of Pacific Resources for Education and Learning said he came up with the idea of an online portal for storytellers when he traveled the region and witnessed coastal issues caused by climate change first hand. 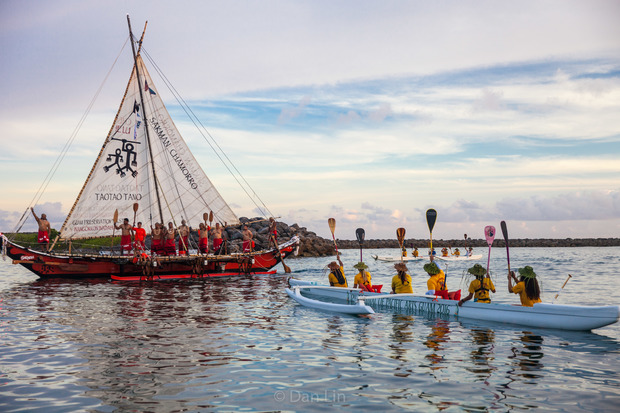 The site aims to provide a platform for Pacific voices to tell their own stories like this one on the Pacific arts festival in Guam. Photo: Supplied/Daniel Lin

He said submissions will be accepted in all forms from Pacific Islanders including written stories, photos, videos, and poetry.

"Too often we see journalists and 'experts' as they call them coming from the outside, listening to a story and then reporting that story to a global audience. In a way I wanted to cut out the middle man. The people that deserve to tell the people the most are the people that live out that story."

As long as someone is willing to tell a story, they're willing to help them be heard said Mr Lin.